Brexit v EU - Negotiations., England's future., England., The future of England out of the EU.

It is fair to say that Britain now no longer rules the waves and it is a country on the point of breaking up because it spent most of its past industrial wealth on an image rather than on its people.

Indeed it has been going downhill long before Brexit with Margaret Thatcher’s legacy, which created a society blighted by poverty, wages, and despairs.

For the sake of short-term profit, she crushed the trade unions’ movement marginalizing workers’ voices, sunk an obsolete Argentine Cruiser the General Belgrano, and her growing hostility to Brussels inspired the Euroskeptics, the Brexit delivery machine.

” There is no such thing as Society”

You could say that’s all in the past, but is it really.  According to Prime Minister Boris Johnson, all is well in the sunny uplands of ‘Global Britain’, as he recently told us from a New York rooftop that he “does not believe” that anyone in Britain will struggle to put food on the table this winter.

Instead, he believes that the labor shortages he has engineered, by slamming up the shutters on 40 years of freedom of movement between Britain and the EU, will cause wages to rise, and that people will consequently be fine.

He might be right but at a cost, England cannot afford it in a world that is beginning to resist the catastrophic cult of cash, the export potential of thousands of British companies is now looking more than bleak.

Given the huge Brexit hit there future is now not an opportunity to make a quick buck, but rather an opportunity for the fundamental civil right of organized workers to be heard.

It is increasingly evident, combined with the avalanches of huge and intractable global problems as the story of Brexit unfolds, that he is living in the clouds.

Rather than actively seeking it out, he needs to correct the national addiction to poverty wages, not by clapping the NHS or raising the national insurance stamp or dumping the £20 covid assistance but by shaking off the shackles of an outdated system of surfs versus the monarchy.

Yes, culture-wise the Monacry should be preserved for the sake of history and tourism.

In this day and age to have to ask permission of a person that is only entitled by the accident of birth to be designated royal when a leader who is elected by the people to power has to ask permission to form a government is a joke.

Not to mention that this person owns all of the seabeds up to 12 kilometers of the countries coastline, which was recently discovered by a new seaweed farm when they had to get royal assent to establish a new carbon zero producing farm on the coast of Scotland.

All of which raises a vital question about what exactly the UK has become, over the last few decades.

England which was once notorious across the planet for its destructive short-termism is trying to live an ideology reverting to its past glory.

Though, its disregard of climate change during the Industrial Age, and its recent departure from the EU it now faces outcomes regardless of its fine words, that are highlighting its inability to value either humanity or nature as highly as money.

In a world that is driven by unregulated technological advancement, nobody will ever persuade me that Brexit was a good choice.

If one takes a look at England from back in the sixties to the present day, the barometer on what is socially unfavorable could not be starker.

A country that is ranked as the fifth richest in the world now has approximately 2.5 million people using food banks (run by groups of volunteers, churches, and charities) with 14 million ( 4.5 million children) living below the breadline. That is 12% of the total population of the UK and they have been living like this for the last four years with over 4,000 people sleeping rough on the streets and almost a murder a day it’s no wonder that is women folk feel unsafe on the streets.

The cost of replacing Trident is estimated at £31 billion. The cost of operating, maintaining, and renewing the nuclear deterrent is substantial.

The national lottery raises around £8,373.9 million out of which since 2008 a total of £100 million a year has been spent on winning medals in the Olympics/ Para Olympics worth around £540 (Gold).

The ‘Swinging Sixties’ remains the defining decade for Britain.

It was the period that finally allowed people the liberty and individuality people had fought for and what we take for granted nowadays. Indeed it would be fair to say England was only just forgetting the troubles of the Second World War. In just ten short years, London was transformed from the bleak city into the capital of the world, full of freedom, hope, and promise.

By the end of the decade, Neil Armstrong and Buzz Aldrin achieved the impossible by becoming the first men on the moon in 1969.

England, on the other hand, had not grasped that people outside London were struggling.

Not everyone lives/wants to live in London.

It has taken all of this time to the present day for recognition of this fact.

Because Brits are notoriously passive-aggressive and avoid conflict, and this can sometimes come off as very fake and superficial. It can also be very counterproductive and time-consuming to jump around a subject instead of being direct with it.

And people just don’t understand until it’s directly affecting them.

The worst part is that too many British people still don’t realize how their economy is tanking and still refuse to acknowledge it and never talk about it. Which is frustrating in and of itself.

One of the worst legacies in its class system is Council Tax.

I am not talking about the weather which for the most part is consistently grey and mentally draining and depressing in Britain.

I fundamentally disagree with tax that is not income-based. I think how much tax you pay should always depend on how much money you’re making—otherwise, it’s not fair.

Council tax is a local tax, usually done by the city or county you live in.

The Council is responsible for all of the local things—streetlights, garbage collection, libraries, police and emergency services, etc.

It’s not a normal tax—you have to pay it separately, it’s not automatically deducted from a paycheck. This is because it is not technically income-based—how much council tax you pay depends on where you live and the size of your residence. So even if you aren’t employed and aren’t receiving paychecks, you still have to pay council tax. (Students are exempt from paying council tax, and in theory, if you are on welfare/benefits you won’t have to pay either.

The average person in England needs to earn 20 days’ worth of wages to cover the cost of their council tax bill, while in some areas the average employee would need to work for a full month to pay the bill.

People working or not in England on visas have no access to public funds or the NHS National Health Service through their visas.

Racists have been emboldened since Brexit, and the attitude to foreigners is appalling. Murdering an Indian” is not a racist act of violence but voraciously eating curry, and cheers is a catch-all phrase that can mean thank you or fuck off depending on the tone of voice.

Most jobs pay monthly, so you just get one lump sum and need to budget it out throughout the month. This is opposed to in the US, where paychecks are generally bi-weekly. Oh, and if you work two jobs, your second job can be taxed nearly 50%. Good luck trying to pay rent with a tax return in April.

The end result has been a mixed-race with diverse skin and hair colors, statues and builds, gastronomy, and cultural habits. Numerous museums, galleries, and parishes testify to Britain’s admirable past. 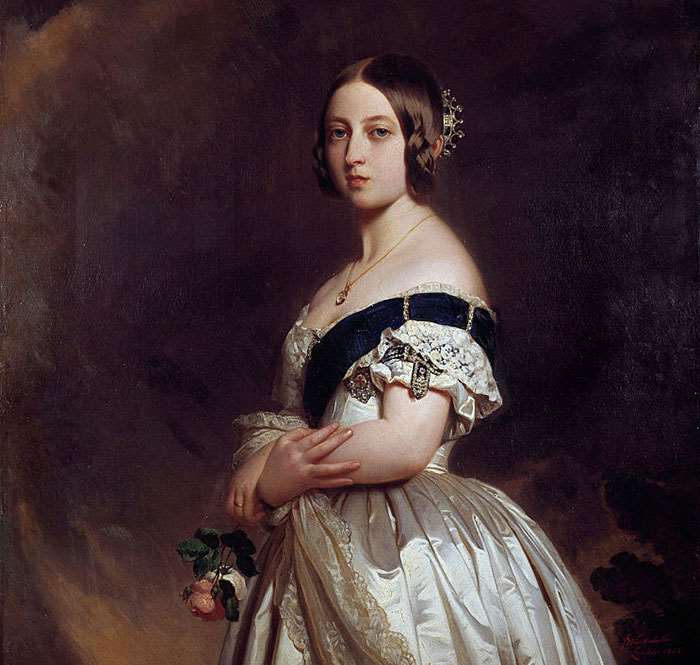 Queen Victoria ruled Britain for over 60 years. British soldiers in fact fought wars in almost every year of Victoria’s reign.

The country’s often archaic political system and ways of organizing itself are once again coming under immense strain, now in the throes of limited reform thanks to a revolutionary expansion in communications.

England is now once more a society in the grip of more convulsive, complex, and disturbing change than had been experienced by any previous culture in human history. From a blood-soaked glorious empire to a pawn shop.