The essence of our humanity., The Future of Mankind, The Reset. Fact or conspiracy., THE SAD WORLD., THE WORLD YOU LIVE IN., THIS IS THE STATE OF THE WORLD.

If I was writing a post about what is right about the world it would be a few minutes read. 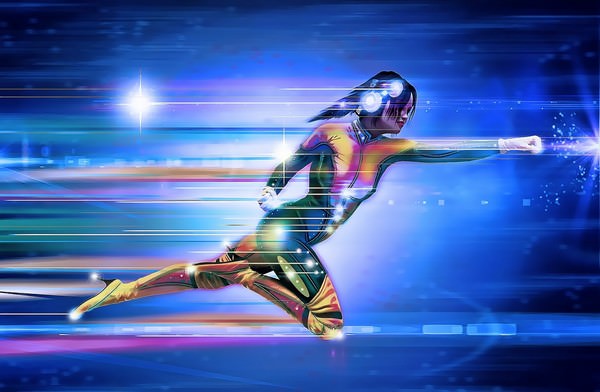 Of course, this is a flippant remark as there are many things right with the world.

Technology and Science has produced vaccines to fight Covid-19 and millions of us are every day doing our bit, to ensure that the most beautiful thing in the world is, of course, the world itself.

However, to put it mildly, we live in a topsy-turvy world and its present state is pretty grim right now.

In a world that has been governed by inequality and recently by ‘fake news’ and leaders who dismiss ‘facts,’ it no wonder that we are in such a mess.

With this continuing statistically meticulous presentation of global trends is vitally important to understand the world today, including the economic, health, and geo-political reverberations of Covid-19.

The overall state of our world makes sad reading.

ACCORDING TO WORLD REVOLUTION ORG.

THIS IS THE STATE OF THE WORLD.

IT APPEARS THAT THE WOLRD IS IN SUCH A STATE THAT TRUTH HAS ALREADY CEASED TO MATTER AND EVIDENCE OF THIS IS WHATEVER OF APPROVAL NARRATIVES WANT IT TO BE.

We think we understand environmental damage: pollution, water scarcity, a warming world. But these problems are just the tip of the iceberg.

Evidence is growing that the thermohaline current may be slowed or stopped by cold freshwater inputs to the Arctic and North Atlantic oceans. This could occur if global warming is sufficient to cause large scale melting of arctic sea ice and the Greenland ice sheet. Such a change in the current may be gradual (over centuries) or very rapid (over a few years).

Either would cause planet-wide changes in climate. This effect may be part of what starts and stops the ice ages.

The land in the northern hemisphere has been unfrozen for less than half of the last 400,000 years.  In 2005, it was discovered that deep water formation under the Arctic “Odden ice tongue” had almost stopped.

If perpetual economic growth on a finite planet is impossible, what are the alternatives?

Can national governments manage the transition to sustainability, to a world of sharing?

The capitalist system and its institutions have lurched from disaster to disaster, blatantly incapable of mastering the social, economic, environmental, and now health emergencies it has created.

Industrial civilization, economic growth, and the lifestyles of the developed world are dependent on inexpensive oil and gas. The energy and products from cheap oil have made possible the major changes in globalized industrial civilization in the last 100 years, including its huge impact on indigenous cultures and planetary ecosystems.

We use six times as much water today as we did 100 years ago.

How did we get to this state of extreme polarization?

Who (or what) started us down this destructive path?

All hail to the machine learning profit-seeking algorithms that run Social Media.

We are only as strong as our weakest link and the weakest link is Big Tech which is completely out of control.

Suppression of information, online bullying, and intimidation— are good if they serve politically correct causes, for which the ends justify the means but do anyone with a functioning brain not now realize that is it is conceivable that well-trafficked truth-telling sites are impossible?

Does this information break your heart?

Because we don’t see where the locus of power is, that it lies with the interlocked networks of corporations that command advanced communications technology, not in “their” government.

So wherever we are right now is not necessarily where we’ll end up.

The coronavirus has changed everyday life for many around the world affords us the opportunity to take responsibility for each other—to leave the myth of individualism and blaming behind, but the problem: Google, Amazon, Apple, Facebook, Twitter, etc., are not “private companies” in any meaningful, real-world sense. These-are-private-companies like Facebook Twitter, Google, etc, simply aren’t in the real world.

Social media is legitimately criticized as a destroyer of your time. ( See previous Posts)

The evidence for this is what happened in the Twitter presidency of the USA, the rejection of membership of the EU by England on lies, the Arab spring, and now the continuing coronavirus death toll.

New social media uploads last as long as those who control information want them to last.

Now, Biden says he wants “healing.” Biden-Harris “healing” will mean bowing before the cult of woke, a baffling concept because the awakened are still asleep.

Lots of ideas fail when put into practice.

It’s worth pointing out, too, that today’s striven-for norms may well confound the concepts of future generations. Although the wokes, or the wakes, hold strong opinions now who is to say what other ideas may take over and differently bias the next to awaken?

One wonders if when the pendulum swings future generations might not come to regard the woke clientele as equally misguided, just as today’s woke contingent deplores the earlier generations that thought memorial statues and patriotism well worth it.

Meanwhile, Rule Britannia and Land of Hope, and Crosby may be held to refer to slavery but are all also part of the great learning curve of human progress.

Perhaps we should all start replacing the customary ‘Good Morning’ greeting with an abject apology for consuming the commonly shared oxygen supply of the planet.

Anyway, I’ve had about enough of hearing the whining of those who stand, head bowed, around the catafalque of patriotism.

The speed at which things have been unraveling in 2020 has been jarring. From normalcy to Pandemic Panic lockdown with maximum fear in a matter of weeks; from ostensibly united against the pandemic to if we were not careful to nationwide riots and cultural revolution in a matter of days not years.

While the threat of the former will inevitably pass with time, the threat inherent in the latter is pervasive, aggressive, and emboldened.

Even though we are living in a technological age every day we see appeals to save critically endangered animals, from Bees that are dying at an alarming rate, to Children, to Climate change.

In the next decade, we will see more than a hundredfold boom in the world’s output of human genetic data thanks to Covid-19 from the cradle to the grave which will not save the Bees that pollinate our plants. I would say that relatively few people would on reading this think that the world they are living in is getting better.

What comes next is anyone’s guess.

Giving up your freedom, trusting “your” government, wearing your face mask, and by the way, getting the jab so you can go back to consuming, while the real economy drops into the worst depression of modern times.

We might be confused by what is happing in the world but we should not be deluded.

There’s always something we can do.

At the moment with covid-19 there is a lot of millionaires Davos verbal diarrhea on social media about a Reset – without any financial commitments – it is just multimillionaires and multi-billionaires spouting their neoliberal capitalist ideology turning nature into a product.

There is huge inequality in the world and they are literally the representatives of the 1%, actually, the 0.001%.

The only thing that can be reset is Accountability and Transparency, with large financial fines for breaches of sustainability, while harnessing profit for profit’s sake to convert the world to green economies. ( See previous post: World aid commission of 0.05%