This blog has on several occasions addressed the subject of England leaving the European Union. In doing so I have held that there could be no deal that is piecemeal or offered benefits to a nonmember that current members do not have.

After years of haggling and political maneuvering, we have a one thousand two hundred page document that is supposed to define EU_UK relations for the foreseeable future.

It contains a deal of the agreed nature of Protectionism (by both sides) with dozens of talking committees, groups, and others, all with powers and functions to make a recipe for disputes, constrictions, and contradictions of interpretation, all leading to the one and only deal that is waiting in the wings –  WTO.

Because any deal that is not watertight is a deal or agreement without end and is destined to collapse.

What do these trade laws, rules, and regulations actually mean in practice other than Protectionism? ‘

Protectionism’ is an economic policy that strives to restrict foreign imports to protect local businesses competing with the import sector, although this very same policy can (and very often in today’s world is) be down to an insular, inward-looking, rather than outward-looking trade policy.

The UK outside the Single Market and Customs Union has profound and immediate implications for every business who moves goods to, from, or through Great Britain.

Regardless of the outcome of the ongoing negotiations between the EU and the UK,  at the end of the transition period, it will bring significant and lasting change.

We know with certainty that there will be new customs formalities and new regulatory requirements and for the moment a hard border on the island of Ireland is avoided while preserving the integrity of the EU Single Market and Ireland’s place in it, but the first new tariff whether it is electronic or not will stir up the hornet’s nest. 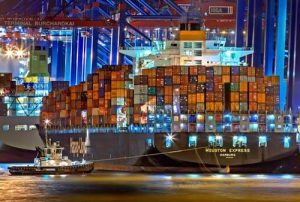 We also know that the UK whether it like it or not is still a highly regulated and taxed economy.

As for state aid.

UK state aid is to be governed by what is called a level playing field.  Even if EU laws don’t apply EU laws form the basis for any leveling.

When it comes to services no protection has been secured.

As for the fish.

If the UK reduces the EU’s quotas without the EU agreement –  hay presto a new fish arrives called tariffs.

On page 405 either party with 12 months’ notice can unilaterally terminate the agreement.

So why all the hype?

By the very nature of a trade deal, it entails an agreement between two trading ‘partners,’ on either side of the negotiation.

Protectionism has been a contributing cause of economic crises within countries across the globe.

These policies can actually have an adverse effect on a country’s consumer population whilst also further damaging the production and export industry within the country as reciprocal tariffs will usually be applied by other countries subject to import tariffs.

With England no longer in the EU’s Customs Union, you can rest assured that it won’t be long before we see Tariffs.

Countries in the EU are part of the Customs Union, are not free to negotiate their own trade deals and relationships with countries outside of the EU, as these deals are decided as a collective, with rules for global trade applying to every EU country.

Such is usually achieved by reducing or eliminating tariffs – taxes or charges by governments for trading goods across borders. So what’s to stop a country doing a trade deal with England as a back door tariff-free entry into the EU.

One way or the other the next five years will be a pivotal period, with challenges going much deeper than conventional consumerism or GDP.

Because technology is playing and will play a major role in ensuring that societal, environmental, financial factors can be no longer be examined in isolation.

With Pandemics or Climate Change World trade or that matter, any form of Protectionism/ Sovereignty is going to be academic in the eyes of people.

Both are already impacting everyone everywhere.

Therefore unless we realize that any deals must start with the people and for the people, to form new relationships with trade deals – not profit and tariffs, the words happy new year will be consigned to a myth.