There isn’t long to go until England’s scheduled departure from the EU when we will all see if there is any honesty in politics?

Are we going to witness “a side deal” between the EU and the UK re the backstop?

At the moment the Irish Government and EU leaders are sticking to the position there will be no discussions with the UK on how to manage a no-deal on the Border until after the UK has left the EU.

While the new Prime Minister, Boris Johnson, now claims the backstop is “dead” a kamikaze no-deal Brexit will change that. 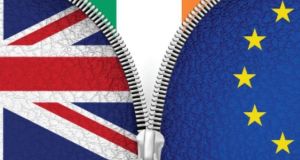 When it comes to the backstop we are talking about Northern Ireland, not Ulster.

Maybe Ireland, as part of Europe, would be the saner option for nationalists; even some unionists. The reality is who would pay for it the EU, Ireland or England or a combination of all three.

When you include the British expats already living in the Republic, a united Ireland would contain about a million people who identify as British: that reality would have to be recognised and somehow accommodated. Britain’s desire to be more British would actually make Ireland more British and Britain less so: because it would have lost the North, and probably Scotland soon after. At least it would reveal that when Brexiteers say Britain, they really mean England. Sorry, Wales.

Of course, is the there is another hypertechnical position.

If the EU fails to support its member Ireland it could opt to join the United Kingdom.

Either options  would be fiendishly complex to organise and require money, imagination and empathy to put together.

There will be no free lunch. It’ll be like starting Ireland over from scratch.

Back to the present.

One way or another the UK now want part of a reality or all of an illusion?

While new beginnings usually offer the chance of a fresh approach, the new Uk government’s approach to date suggests that we are more likely to witness further attempts to avoid the tough decisions and to offer little honesty on the very real trade-offs that Brexit will force on the British public.

Just like today in the Commons, the Irish parliament in Dublin back in 1921 was fiercely polarised between those who accepted the recent Anglo-Irish treaty and those who saw it as failing to offer the promised full Irish republic.

In 1921, the political division between the pro- and anti-treaty groups in Ireland was fuelled broadly by two radically opposing interpretations of the treaty. The pro-treaty faction claimed that the agreement creating the limited Free State was the best they could get and was a stepping stone to further independence. On the anti-treaty side, the same agreement was seen as a failure to achieve what was promised, a Republic, and those who signed it were traitors.

Mr Johnson with no meaning full mandate seems set to try to avoid the backstop through different means—either by trying to renegotiate the deal with the EU or by leaving the EU with no deal all ‘very gung-ho.’

As an Irishman, I am duty-bound to lend my offerings to this.

My first offering is with a no-deal the Northern Ireland border becomes an EU border. As such there will have to be border checks and tariffs.

There is an obligation on the EU and its member states to remain unity together if it wants to keep the main principle of the European Union – Peace.

The 1998 Good Friday Agreement was a key part of this peace process. One of the agreement’s three main points was creating the infrastructure for “North-South co-operation” between the Irish government and the newly-created Northern Irish Assembly.

Both the UK and EU agreed that, in negotiating a deal on the relationship after Brexit, keeping the border open and upholding the terms of the Good Friday Agreement was of critical importance even if future trade negotiations fail, there should be provisions in place to ensure that the border remains open, as it is today.

That principle is the Irish backstop. The day’s of an Englishman’s word has long gone.

As part of Brexit, the UK intends to leave both the single market and customs union.

This means there could and will be a need for customs checks on goods to be introduced at the border, which could create a “hard border” with physical infrastructure, like cameras or guard posts. All undermine the principle of North-South cooperation as set out in the Good Friday agreement.

In March, the UK government set out its plan for avoiding a hard border in Ireland in the case of no deal.

It says it would introduce no new tariffs on goods crossing the border from Ireland into Northern Ireland, and no new checks or controls at the border itself (although some new customs requirements would be placed on a small number of goods, these would happen away from the border. This is a unilateral measure set out by the UK government, meaning it only affects goods crossing from Ireland into Northern Ireland.

As for goods going the other way (from Northern Ireland into Ireland) the exact details of how this would be done remain unclear.

No matter how it is achieved it will lead to different regulations for Northern Ireland compared with the “rest of the UK”.

Whilst it is true that the 9 counties of Ulster do not form Northern Ireland (3 are in the republic), historically, Ulster was a province of Ireland and when Northern Ireland became a part of the UK in 1922, it was agreed that this province would be split as it is today; the 6 counties of Ulster that form Northern Ireland (Londonderry, Antrim, Down, Tyrone, Armagh and Fermanagh) and the 3 retained by the republic; Cavan, Monaghan and Donegal. On this basis, the protestant or unionist collective term Ulster is deliberately provocative to nationalists as the British ‘stole’ and retained part of their country.

On a practical note can someone please tell me if I buy something online in the UK which is no longer a Member of the EU will I be relying on the terms and conditions associated with the purchase rather then-current statutory instruments.

The crying tragedy is when a world needs a coming together to tackle a very penurious future building a wall that will not keep anything out nor in capitalism in all its forms must go beyond just shareholder value.