There is more to them than first appears.

Each day, consumers purchase cheaply made flip-flops, and each day these flip-flops are thrown away — discarded in a landfill or dumped in the ocean. It’s a classic case of wasteful manufacturing.

The flip-flop and sandal industry have not been immune to the calamity of overproduction.

The average lifespan of a flip flop is two years.

Tons of them are washing up on coast all over the world. 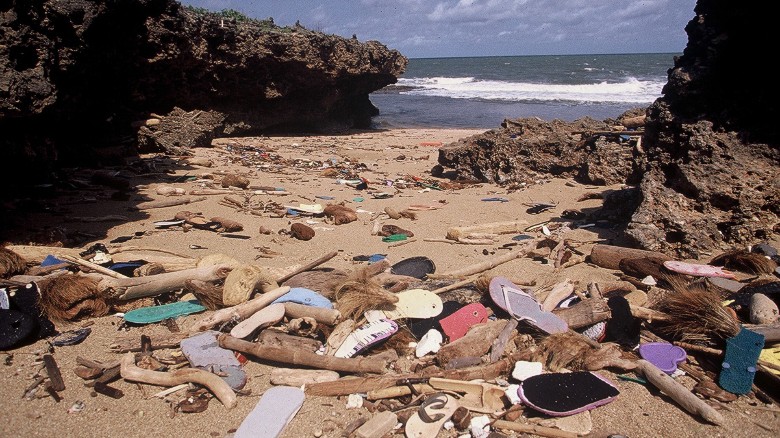 According to one estimate by 2050, there could be more plastic than fish in the seas by weight. Flip flops contribute approximately 90 tons a year.

Before they reach the ocean they’re already a problem polluting freshwater ending up in landfills with no hope of biodegrading.

We don’t actually know how much rubbish there is in our oceans. But we know that most of it is plastic and that much of this is not visible to the naked eye.

It’s microplastic, which comes from emissions from our treatment plants or from larger pieces of plastic that have been decomposed by the sunlight or ground into smaller pieces by wave action. These minuscule particles, less than five millimetres in size, can be eaten by plankton, which is eaten by fish.

Produced from plastic foam that contains DDT, PCBs and flame retardants they’re upcycled and travel thousands of kilometres absorbing environmental toxins which they transfer to the island shores.

It may be a while before this technology finds its way to three billion people’s feet.

22 billion water bottles are thrown away every year.

The history of flip-flops can be said to be quite long.

Ancient Egyptian murals on tombs and temples show flip-flops were worn around 4,000 B.C.

As early as thousands of years ago, humans used animal skins or all available materials to wrap them around the soles of the feet.

Billions of them are made every year, often in small factories in China. Flip-flop sales rise with the world population. As one billion people globally still walk barefoot, they are the first step into the world of shoes across the global south.

They also tell stories of how globalisation actually works on the ground.

Garbage is not just inert discarded material, but an active agent in making the future. 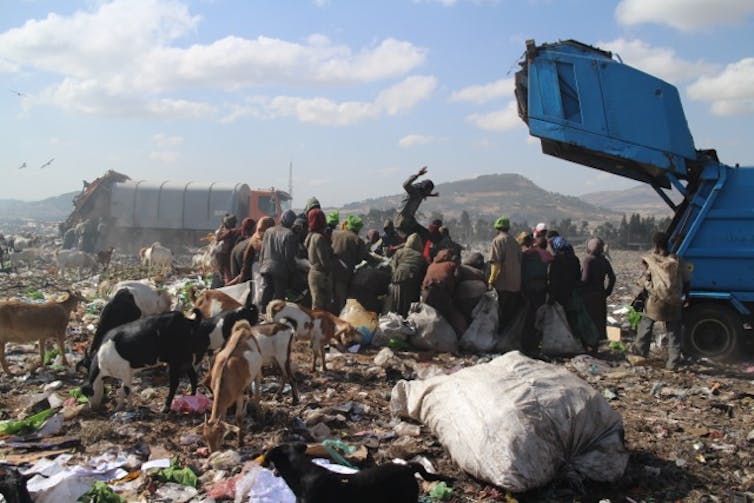 We live in an energy-based world. Fossil fuels are burned to produce electricity, which powers the factory in which the plastic is made. Plastic is very important for the economy to grow because in today world it is used in each and every place from cars till rockets.

Take a flip flob for example.

The flip flop is one of globalisation’s darker stories connecting smugglers, disposable workers, garbage pickers and the poorest of consumers.

Their story begins in the hydrocarbon economy – in the oilfields of the Middle East. From crude oil are made into little plastic pellets. The plastic pellets are bought by millions of small and medium-sized flip-flop factories throughout the world in production clusters where labour is cheap.

Like all products, they have a massive carbon footprint in setting up its Manufacture – materials- energy -etc.

Bought online they probably started there life in China transported either by air or sea – Package – reflown and then driven to the buyer.

We humans need to think about how we manage our rubbish. It’s not only about people on the other side of the earth, but it’s also about ourselves.

All human comments appreciated. All like clicking and abuse chucked in the bin.