Throughout history, monarchs have rewarded those who have shown service, loyalty or gallantry with gifts or titles.

As ‘fountain of honour’ in the UK the Queen has the sole right of conferring titles of honour on deserving people from all walks of life, in public recognition of their merit, service or bravery. 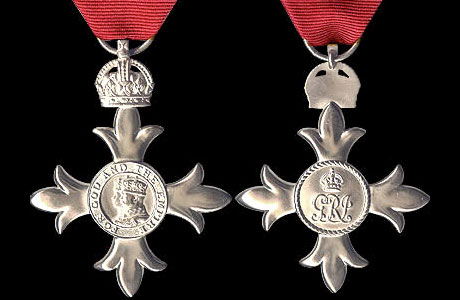 BUT DO THEY HAVE ANY RELEVANT IN TODAY’S WORLD?

In 1917 the Queen’s grandfather, George V, developed a new order of chivalry, called the Order of the British Empire, as a way of rewarding both men and women who had made an outstanding contribution to the WWI war effort.

Nowadays the Order of the British Empire rewards service in a wide range of areas, from acting to charity work, with honours that include the well-known MBE and OBE.

Here are a few:  Which would you scrap or keep?

What do you think?

The Order of the Garter

This is the oldest and most senior order of chivalry in Britain; it is limited to 24 members who are selected and appointed personally by The Queen.

The Order of the Thistle

Recognising sixteen knights by a personal gift of The Queen, this is the highest order of chivalry in Scotland.

Order of the British Empire

Instituted in 1917 by George V to reward outstanding contribution to the war effort, this Order now rewards people from all walks of life with well-known honours such as MBEs and OBEs.

The sole gift of the Sovereign to 24 members at any one time, this rewards those who have achieved greatly in the arts, learning, literature and science.

Order of the Bath

Including past members such as Nelson and Wellington, this Order recognises the work of senior military officials and civil servants.

The personal gift of the Sovereign, this honour is awarded to those who have served The Queen or the monarchy in a particular way.

These are small portraits of the Sovereign attached to ribbon, gifted to Members of the Royal Family.

Commonwealth citizens can also receive UK awards, and Commonwealth countries have their own honours, which are sometimes awarded to UK citizens.

Knight Commander or Dame of the most excellent order of the British Empire abbreviate to KBE and DBE.

Not everyone wants the honour and people are allowed to turn down the award, which occasionally happens (for example, Roald Dahl turned down his award). People can also have their honour taken away from them if they are disgraced or behave in a bad way.

Such as Benito Mussolini, Robert Mugabe, Rolf Harris, Harvey Weinstein, ( could be still on the list)

God forbid we don’t see Mr Trump getting one that he has to give back.

Of course, the ethical question in the first place is should one accept an honour from a King or Queen.

These awards are made without recognising ties to the British imperialist history or its legacy. As such their Empire titles of honour suck.

As a free man, not a serf I could not accept an honour tied in name to the ‘British Empire’.

They should be renamed by devising a fair and independent new method to annually acclaim exceptional citizens for their contribution to the nation, not to overweening political parties or the semi-skilled, dysfunctional Windsors.