Right, every political party has the right to elect its own leader. 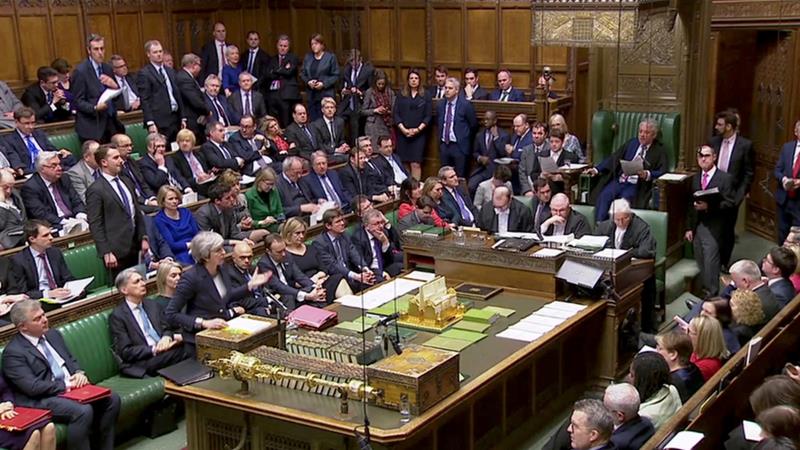 BUT WHEN A LEADER AUTOMATICALLY BECOMES THE PRIMINISTER OF THE COUNTRY JUST BECAUSE HE OR SHE HAPPENS TO BELONG TO THE CURRENT RULING PARTY WITHOUT HAVING TO STAND FOR ELECTION BY THE COUNTRY AS A WHOLE IT’S NO WONDER YOU GET PRIME MINISTERS BROWN’S AND MAY’S.

THIS IS WHAT PASSES AS DEMOCRACY IN ENGLAND.

The Prime Minister doesn’t have the power simply to call an election. The Fixed Parliament Act states that the only way an election could take place is if two-thirds of MPs back an early poll but without a general election.

Putting that aside can anyone tell me, how can anyone (in or out deal or for that matter any future trade deal) ratify anything when the leader of the country does not represent its voting population.

The identity of Mrs May’s successor is of only limited importance to the EU as the European Commission and the European Council of EU member states are due to change leadership in the days and weeks after Britain’s currently scheduled exit on October 31.

Ultimately, whether or not there is a no-deal Brexit is in the hands of the British people is now more than debatable.

There is one thing certain and that’s First Past the Post has no place in a modern democracy and should be replaced by a system of Proportional Representation.

The idea of a minority ruling over the majority goes against our most basic ideas about democracy.

Voting systems, also known as electoral systems, is the method by which we elect representatives. A voting system determines the rules on how parties and candidates are elected.

First-past-the-post is used to elect MPs to the House of Commons and for local elections in England and Wales however, it denies millions of people representation of their choosing.

Parliament must accurately represent the people’s range of views and perspectives.

Many seats haven’t changed hands in 100 years and most have no prospect of changing at any given general election.

As a result, elections under FPTP are decided by a few thousand swing voters in a small number of marginal constituencies. If just 533 people had voted differently at the last general election, it would have given a majority government instead of a hung parliament.

With First Past the Post, each voter has a single MP to represent

them in Parliament. For millions, this is someone who you did

not vote for and probably don’t agree with.

When so many votes are wasted under First Past the Post, the

represent me?” and becomes “who can I vote for to keep out the

candidate, I like the least?” The result is tactical voting: voting

the person you dislike the most.

First Past the Post cannot even perform the most basic task of a voting system: making sure the party with most votes wins the most seats.

First Past the Post does not allow voters to “kick out” unpopular governments”.

First Past the Post is not simple. It may be simple to write an “X” next to a chosen candidate, but it’s incredibly difficult to know what that vote will mean.

First Past the Post is not decisive. Two of the last three elections have resulted in hung parliaments, while at the same time failing to reflect the voters.

So how did Theresa May, and Britain, end up in this mess?

First Past the Post does not provide a “strong local link” between MPs and their constituents.

Rather than reaching out to the 48 per cent that voted against the exit, May systematically ignored their concerns. When pro-Leave campaigns were shown by the Electoral Commission to have broken campaign finance rules, May’s government once again ignored the problem. When the unimplementable promises made by the Leave campaigners before the referendum turned to dust, May’s government still persevered in trying to make Brexit happen. When seeking to solve the Northern Ireland border issue, May listened to the Democratic Unionist Party rather than seek a solution acceptable to all.

The roots of Britain’s political dysfunction go so deep, the problems are so profound, the population so divided as a result of Brexit, that the UK needs a period of deep and profound political reflection.

The next general election will not be about Brexit but it will generate a frenzy of speculation about the coming shape of British politics.

It will act as a sort of soft referendum that will demonstrate that Britain wants to leave without a deal or that it wants to call the whole thing off?

Will the election break the mould of the country’s two-party system?

However Brexit works out in the end, the deep problems and divisions in British politics cannot simply be erased by first past the post.

It requires Proportional Representation to give a voice to the people. For the first time in British history, Britain could be sure that the party that won the vote would also win the election.