A key factor here is the nature of the membership that would be on offer.

It is almost inconceivable that newer member states who have assumed all the obligations of membership would be willing to see a larger and richer state being granted special treatment.

It is quite obvious that if England were to reapply it would be put on a fast track to membership. However, the EU members may not be willing to make concessions that would put the UK back in the position in which it left the EU. It would probably have to forget about their old opt-outs and have to accept everything the EU throws at them.

It’s one thing when a current and long-standing member of a club opts-out of changes to the club… It’s something completely different for a “new” member who wants to join – they pretty much must accept everything a membership entails.

This answer seems incomplete to me.

(1) While the UK could re-join the EU in theory, in practice this is about as unlikely as Turkey joining. Over recent decades, discontent in the EU with its uncooperative member has been almost as strong as discontent in the UK with the EU. It is extremely likely that someone will veto a new application even without the privileges.

When politicians say the UK could never rejoin the EU, they’re talking about the practical and political impediments, not any legal ones.

If the UK rejoined, they’d have to start completely from scratch.

All the exceptions and favours they’ve negotiated from the EU (such as using the pound instead of the Euro) would be gone. The actual process to rejoin is also as long and arduous as the daunting task the UK now faces in leaving the EU.

As I have said even if the UK’s political climate did a 180, admission to the EU can be vetoed by any one of its current members.

If, say, France decided they didn’t want the UK to rejoin, that’d be that. That isn’t some absurd hypothetical; the UK originally was blocked by France until 1973. Imagine what would happen the next time around, now that the UK has publicly thumbed its nose at the EU and weakened the entire enterprise.

So yes, the UK could reapply, but the concessions they’d have to make and the headache of applying makes it very unlikely.

A no-deal Brexit remains by far the greatest threat to the status of EU citizens in the UK and English people in the EU. 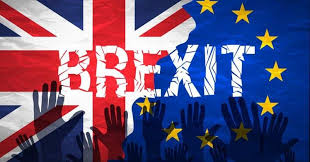