Sitting in front of the TV a  leading Comedy Actress looked into the camera and said ” I wish to thank all my new-found friends for watching. I love you.”

I thought to myself how sick. Where is all of this technology going to end up.

Making predictions about technology can be a tricky business.

Take for instance the Star Wars Beam me up Scottie.  Who to-day would have thought is possible. Not many. However the other day the quantum state (the direction it was spinning) of a light particle instantly traveled 15.5 miles (25 kilometers) across an optical fiber, becoming the farthest successful quantum teleportation feat yet.

The drawbacks and Pluses of technologies.

The growth of large data repositories and emergence of data analytics have combined with intrusions by bad actors, governments, and corporations to open a Pandora’s box of issues. How can we balance security and privacy in this environment?

From open source software and standards to open-access publishing, the open IP movement is upon us.

Can electronic cars, LED lighting, new types of batteries and chips, and increasing use of renewables combat rising energy use and an explosion in the uptake of computing?

Massively Online Open Courses.
MOOCs have the potential to transform the higher-education landscape, siphoning students from traditional universities and altering faculty and student roles. How significant will their impact be?

Quantum Computing.
Constrained only by the laws of physics, quantum computing will potential extend Moore’s Law into the next decade. As commercial quantum computing comes within reach, new breakthroughs are occurring at an accelerating pace.

Device and Nanotechnology.
It is clear that MEMS devices, nanoparticles, and their use in applications are here to stay. Nanotechnology has already been useful in manufacturing sunscreen, tires, and medical devices that can be swallowed.

3D Integrated Circuits.
The transition from printed circuit boards to 3D-ICs is already underway in the mobile arena, and will eventually spread across the entire spectrum of IT products

.Universal Memory.
Universal memory replacements for DRAM will cause a tectonic shift in architectures and software.

Multicore.
By 2022, multicore will be everywhere, from wearable systems and smartphones to cameras, games, automobiles, cloud servers, and exa-scale supercomputers.

Photonics.
Silicon photonics will be a fundamental technology to address the bandwidth, latency, and energy challenges in the fabric of high-end systems.

Networking and Interconnectivity.
Developments at all levels of the network stack will continue to drive research and the Internet economy.

High-performance Computing.
While some governments are focused on reaching exascale, some researchers are intent on moving HPC to the cloud.

Cloud Computing.
By 2022, cloud will be more entrenched and more computing workloads run on the cloud.

Natural User Interfaces.
The long-held dreams of computers that can interface with us through touch, gesture, and speech are finally coming true, with more radical interfaces on the horizon.

3D Printing.
3D printing promises a revolution in fabrication, with many opportunities to produce designs that would have been prohibitively expensive.

Big Data and Analytics.
The growing availability of data and demand for its insights holds great potential to improve many data-driven decisions.

Computer Vision and Pattern Recognition.
Unlocking information in pictures and videos has had a major impact on consumers and more significant advances are in the pipeline.

Life Sciences.
Technology has been pivotal in improving human and animal health and addressing threats to the environment.

Computational Biology and Bioinformatics.
Vast amounts of data are enabling the improvement of human health and unraveling of the mysteries of life.

Medical Robotics.
From autonomous delivery of hospital supplies to telemedicine and advanced prostheses, medical robotics has led to many life-saving innovation

For me the big questions is: Will the merger of devices that augment the brain and physical capabilities generate a new species, or create an even larger digital divide among humans.

Will we have supercomputers, which draw megawatts, as powerful and efficient as the 30-watt human brain?  What changes could such processors bring?”

It predicts that more than 23 million smart wristbands alone will be sold.

Wearables are expected to include contact lenses with sensors that measure glucose levels in people with diabetes and electronic “tattoos” that monitor how well a wound is healing.  Wearable technology includes smart wristbands and pedometers to measure things such as a person’s daily steps, calories burned, and how many times they wake during the night. There’s even a wearable for maintaining good posture.

IN FIVE YEARS, I DON’T THINK THERE WILL BE A REASON TO HAVE A TABLET ANYMORE… Based on each patient’s genome, a simple pill will no longer be a product but a service that involves remote monitoring, essential if you’re the first to take that pill. What will this mean for medical research when it comes to designing mass clinical trials. Who is going to be able afford Health Care when it is in the hands Profit.

Manufacturing will become more decentralized, with robots communicating with one another remotely, or whether robots will be used in the home to produce small custom parts. a mix of locally and centrally produced energy sources could radically change the economics of the industry.

Vehicle technology will have to have mind-controlled games to keep us occupied while we travel. Will these be created by cellphones or a patchwork of independently deployed networks like the AA, making travel its self a selling exercise.

There is one thing that is going to happen for certain. Those outside the technologies are going to become poorer, more extreme, and live longer.

If we are to manage all this Change we the one with SmartPhones and I Pads must demand that any life changing Technology should be available and accessible to all, especially Education if we are to avoid being ruled by the ignorant. Now is the time to open the doors of opportunity to all 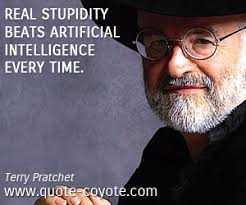