Just imagine a world where there are two of you, one real and the other existing in the metaverse.

Social media has revolutionized the information world but whether it is a boon or a curse, remains a matter of debate because the online world blurs the lines between reality and virtual reality, the metaverse will be the final straw. 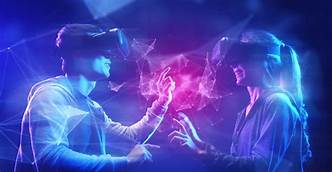 Today, we often perceive anyone who shuns social media as old or out of touch. However, they might be the most mentally fit among us.

The more grounded you are in your authentic value as a human being, the less likely you are to be a heavy user of social media and also to be negatively affected by it.

No matter which side you are on it has impacted the way we communicate, collaborate, and consume everyday life, from work and shopping to politics.

Now, it’s impossible to separate the role of social media from society.

It has become such an integral part of our lives that people actually cannot live without it.

There was a time when people were not able to go to the courts and ask for justice but social media has become a very powerful source to share every injustice happening in society.

Social media helps to express all the oppression, abuse, and injustice that happened to the people. It supports every person publicly speaking for their rights and talking against violence. Thus social media also serves the purpose of fighting for human rights in society.

At the moment it would only take one day of no social media to cause chaos and world markets to collapse.

Because you don’t even need a computer or a fixed-line internet connection anymore. You can pull out your phone and send a message.

Today, the internet makes shopping more efficient because it’s quicker and cheaper than going into a store. The tradeoff is in losing visual and tactile experiences, and the sensation of being in a crowd or a shared sense of reality and place.

Because participating on the different social media platforms is no longer a privilege but a mandate.

That said, does social media provide benefits and benefits alone?

These platforms also come with a dark side that can damage you in many ways. Anybody can make a fake account and do anything without being traced.

Social media is removing the gap between higher authorities and the public.

Excessive addictive use of Social media has destroyed mental health as it influences individuals’ soundness, which I am sure has contributed not just to Brexit but the mass killings we are now witnessing.

So what is the metaverse?

In short, the metaverse is (conceivably) the next frontier for the internet.

It seeks to create embodied experiences that will push many parts of the web as we know to their limits.

We don’t yet know the full repercussions of what making the virtual a little more life-like could be; just as it was difficult to predict how the World Wide Web would impact society the metaverse will remove us further from reality.

There will be many unanswered questions.

They cover the creator economy, tribalism, and the real costs associated with the metaverse – and maybe show how little we know.

Will there be one metaverse or many? (And why might one be better than the other?“

It depends.” Is there a single internet, or are there multiple internets?)

Even if a single implementation of the metaverse becomes mainstream, we’ll find ways to divide it into mini-metaverses that serve our gathering needs. This is neither a good nor a bad thing – it’s simply part of being human.

The metaverse might allow us to reclaim our past while still preserving the efficiencies of going digital.

This sense of freedom from physical limitations spans all aspects of identity. On a vast scale, people will be able to recreate themselves and be anything they want to be – no matter their race, gender, or size.

If you could experience reality virtually, why would you leave your home?

So it is that the metaverse presents a contradiction:

In the absence of UGC, User-generated content the metaverse would be nothing more than a static environment where people could look but not interact (like watching a movie).

If the metaverse is to be as interactive, immersive, and experiential as professed, the world cannot rely only on companies to flesh it out.

We won’t just have social media, but very social media. “Holding” crypto could take on a literal meaning. Our online identities would have substance and form, and might, therefore, be treated with a higher level of respect than we currently give our avatars and usernames.