To know a world it has to be explored and this list contains many explorers down the centuries for the title.

From Robinson Crusoe to Armstrong. Marco Polo to Drake. Columbus to Vasco da Gama. Captian Cook to Mungo Parks. Magellan to Livingston, too many you probably never heard of and some that you will no doubt add.

In no critical classification or historical order here are some to consider.

One of the greatest admirals and diplomats in world history is considered one of the first conquerors of the oceans. Setting out six centuries ago on the first of seven landmark voyages, he reached south-east Asia, India, the Persian Gulf, the Red Sea, and as far as the east coast of Africa. Some say he may even have made it to America.

Was he the first to discover America? Read

Christopher Columbus commandeered the three ships Nina, Santa Maria, and Pinta during his voyage which started off from Palos, Spain on August 3, 1492. 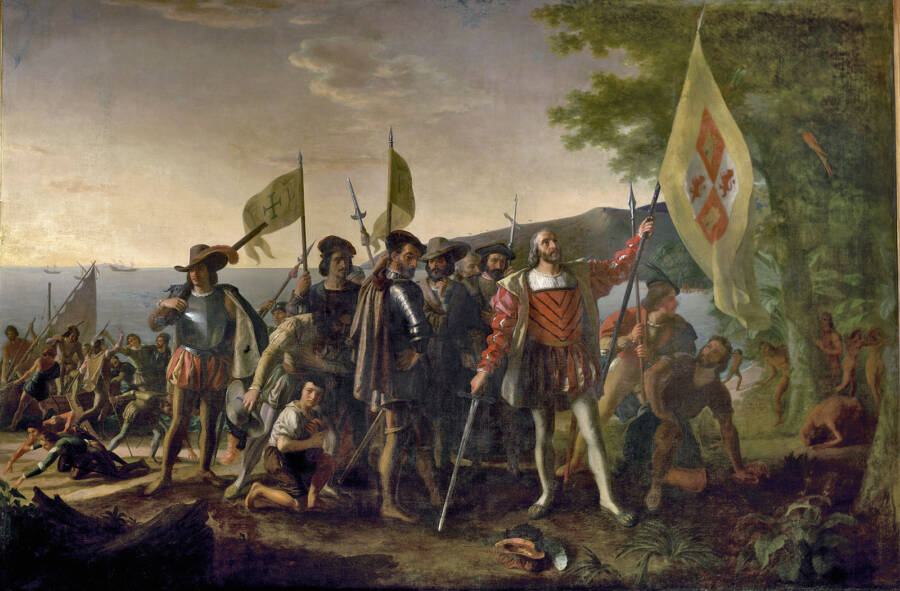 Did Christopher Columbus discover America before other Europeans?

Modern research has suggested that wasn’t even the case. It’s clear that plenty of people got there thousands of years before Columbus.

Who discovered America can’t be fully answered without also asking what it means to find a place that is already inhabited by millions of people.

Perhaps most famously, a group of Icelandic Norse explorers led by Leif Erikson likely beat Columbus to the punch by around 500 years. Perhaps a band of Irish monks who made it to America in the sixth century. There is no evidence that Columbus ever set foot on mainland North America.

As for Columbus, he was plagued with ship trouble during his final trip back to Spain and was marooned in Jamaica for a year. The place he actually landed was the island of the Bahamas. Columbus returned to Spain after this voyage.

Chinese Admiral Zheng was the first to discover America or maybe it was a Buddhist monk from China named Hai-Shen is said to have reached North America.

Hai-Shen reached a fabled land of Fu-Sang upon traveling to the east.

If we set the question of the discovery of America aside for some time, it can be said that Columbus took the world into a new age of colonialism. His discovery encouraged many people to take voyages to the Americas.

Carbot John and his son Sabastian. 1497

Five years after Columbus they rediscovered Newfoundland. In May 1497 John Cabot and his crew, under the commission of England’s King Henry VII, left Bristol with a ship called Matthew. He is said to have reached North America on 24th June 1497 and returned to Bristol on 6th August 1497. 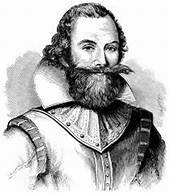 Sailed from Maderia to what is now known as the state of North Carolina in the USA encountering Indians of the south-eastern coast.

Sailed up the St LAWRENCE. 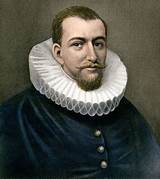 Discovered the Davis straits. Sailed around the southern extremity of Greenland.

On his first voyage to India (1497–99), he traveled around the Cape of Good Hope with four ships, visiting trading cities in Mozambique and Kenya en route to India. His voyages to India opened the sea route from western Europe to the East.

Ferdinand Magellan, Portuguese Fernão de Magalhães, Spanish Fernando de Magallanes or Hernando de Magallanes, (born 1480, Sabrosa or Porto?, Portugal—died April 27, 1521, Mactan, Philippines), In 1519 he left Sevilla with five ships and about 270 men. He sailed around South America, quelling a mutiny on the way and discovering the Strait of Magellan. With three ships left, Magellan crossed the “Sea of the South,” later called the Pacific Ocean because of their calm crossing. He was killed by inhabitants of Mactan Island in the Philippines.

Sailed the Pelican.  Drake is best known for his circumnavigation of the world in a single expedition, from 1577 to 1580.

Had to be an incredible man that set out on Endeavour to discover whether there was a continent lying nearer the south pole than Africa or South America. He sailed around the world three times discovering New Zealand, Eastern Australia, most of North-Eastern Asia, and Northwestern North America. He sailed within 19 degrees of the South Pole.

Was an English explorer, pirate, privateer, navigator, and naturalist who became the first Englishman to explore parts of what is today Australia, and the first person to circumnavigate the world three times.

An English statesman, soldier, writer, and explorer, led an expedition in search of El Dorado. Undertook a circumnavigation of the globe during the War of Jenkins’ Ear.

Scottish explorer of West Africa. After an exploration of the upper Niger River around 1796,

Set off in search of the source of the Nile. He traveled from Cairo to the Red Sea by way of the desert, then struck south eventually reaching Gondar Ethiopia. He then headed westward across the terrible landscapes of Sudan with mountains and deserts. It would be two years before he reached Cairo.

Made three exploratory expeditions to Africa. He is most associated with the search for the source of the Nile and was the first European to reach Lake Victoria, 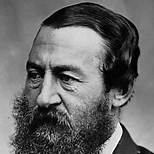 He is mostly remembered as the first European to visit Lake Albert, as an explorer of the Nile and interior of central Africa, and for his exploits as a big game hunter in Asia, Africa, Europe, and North America.

Burton’s best-known achievements include a well-documented journey to Mecca in disguise and a journey with John Hanning Speke as the first Europeans to visit the Great Lakes of Africa in search of the source of the Nile. 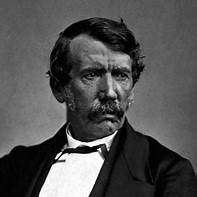 Livingstone was constantly on the move into the African interior: He was the first European to reach Lake Mweru (November 8, 1867) and Lake Bangweulu (July 18, 1868). Assisted by Arab traders, Livingstone reached Lake Tanganyika in February 1869. Despite illness, he went on and arrived on March 29, 1871, at his ultimate northwesterly point, Nyangwe, on the Lualaba leading into the Congo River. This was farther west than any European had penetrated. responsible for the first European sighting of Lake Ngami (August 1, 1849).  He named the Victoria Falls.

Livingstone may well have influenced Western attitudes toward Africa more than any other individual before him. His discoveries—geographic, technical, medical, and social—provided a complex body of knowledge that is still being explored.

Besides his discovery of Livingstone, he is mainly known for his search for the sources of the Nile and Congo rivers.

Born in County Kildare, Ireland. After the race to the South Pole ended in December 1911, with Roald Amundsen’s conquest, Shackleton turned his attention to the crossing of Antarctica from sea to sea, via the pole. He died of a heart attack while his ship was moored in South Georgia.

Decided to find the New World. Ericsson is said to have reached what is today’s L’Anse aux Meadows in Newfoundland, Canada with his crew of 35.

Baker is best known for his discovery of Lake Albert in Central Africa, along with his exploration of the Nile

First to orbit the earth 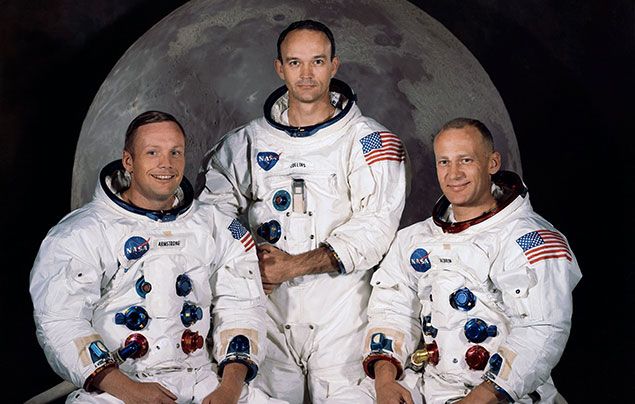 It was a feat for the ages. They sat on top of a rocket as tall as a 36-story building with engines burning 735,000 gallons of liquid propellant to create two million pounds of thrust accelerating the Shuttle from 4,828 kilometers (3,000 mph) to over 27,358 kilometers (15,000 mph) before taking it on a trajectory into orbit in mere minutes.

Watched by around 530 million people they Traveled 240,000 miles from the Earth to the moon in 76 hours. Neil and Buzz were the first humans to step foot on the moon and the first Peaceful Exploration for Humanity because there were no resident inhabitants.

Back in the late 18th century, French explorer Jeanne Baret became the first woman ever to circumnavigate the Earth. Unfortunately, she had to do it in the guise of a man.

For me, it’s a toss-up between Cook and the Space boys.

Cook was the first white many a tribe laid eyes on. With the arrival of his ship Resolution with his men, he knew that his men were riddled with gonorrhea and syphilis, killing a lot of them by bringing Venereal Disease (VD) and Tuberculosis which ended up devastating populations.

It turned out that Cook was not a god, killed by Hawaiian Islanders, who were not cannibals. They believed that the power of a man was in his bones, so they cooked part of Cook’s body to enable the bones to be easily removed.

The Space boys are the last human form of exploration.

From here on exploration of distant stars and worlds will be electrical! bio-engineered robots.

All opinions are appreciated. All like clicks chucked in the bin.