Capitalism and Greed, Distribution of wealth, Inequility, The Future of the Labour Party 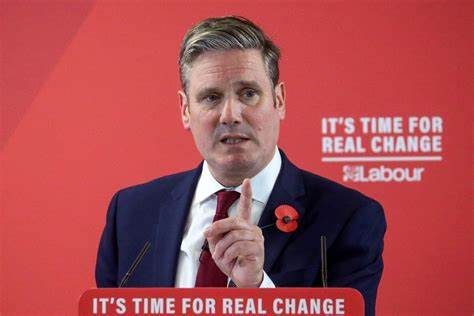 The next general election is due, in January 2025 is Labour’s to lose.

Nowadays both Labour and Conservative claim to represent people from the whole of society but essentially the base difference between either party is philosophical, which is in view of the state of the country, not to mention the world,  pure unadulterated – trickle down, trickle up foodbanks, delusional bullocks.

With problems from health to education, economic growth, its time to change the name of the Party to the SP Party – Self-help.

Long before the Pandemic exposed what is wrong with the country, now exacerbated by the war in the Ukraine with resulting inflation (due to the supply chain and cost of energy) the Tory party had more power than for a quarter of a century – power to hurt the families, communities and public services which they achieved with the trauma of Brexit that has without doubt contributed to a blindness to the misfortunes of others and the Labour Party.

Britain is now in a recession and set to lose more working days to strikes in 2023 than in any year since the 1980s.

If Labour MPs now put their troubled past behind them, run a non Presidential campaign, by building  a campaign on what’s right for the country.

With the right set of policies to create a clear alternative and inspire the British public that they could governed differently you would win the forthcoming election.

How could this be achieved?

The state should be benevolent and caring for the neediest, but what if instead of relying on giving benefits you armed the population to look after its self.

Instead of a living wage Labour introduced (over a period of ten years) a living income.

Young voters are brought up to use multiple sources of digital news and social media, the Google generation is able to use to internet to think critically, check facts and make up their own mind.

There is one thing that is in front of there minds and  all countries Climate Change. The need to turn to generating green energy.

Unlike many land locked countries England is an Island surrounded by ebbing and incoming tides.

The labour party needs to fully embrace green energy as a alternative to radioactive waste,,

Tide technology at half the cost of nuclear power already exist.  Millions of  jobs await your creation to achieve zero emissions.

Wake up Labour before its to late.