When you look at the world man has set out at tremendous speed–to go nowhere.

The aim of life has been forgotten.

No one knows where we are going, and the end-all has mostly been left behind.

We now have a constellation of huge man-made threats, that cannot be dealt with one at a time which is coming together to imperil our very existence.

Some say that we may be entering the end game of human history. That civilization, and maybe even our species, will not survive the compound dangers we are accruing for ourselves.

That with technology, we’re just opening an ever greater distance between where we’re running to and where we are going.

What is true is that these problems must now be solved in conjunction with all that life represents and that we are a long way off an agreed species-wide action to prevent a future that no one wants. 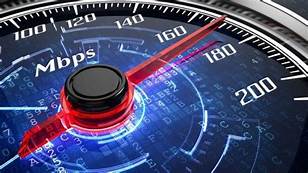 Almost certainly we have the technical ability to change but at what speed because we are still  “in denial” about its sheer scale.

E. O. Wilson, warns “We are tearing down the biosphere” – the very thing that supports life on this Planet.

How fast are we going?

But the important question no one asks is this:

When does faster become too fast?

This question is still to be answered with today’s technology in as much as it is responsible for personal and societal dysfunction as any other single factor.

In Quantum Physics by leaving out time altogether, speed becomes irrelevant becoming an entanglement phenomenon of atoms, electrons, and protons – warp speed – teleportation – is not in the distant future.

With Social media/ the internet turning our species into zombies anything today that can’t keep up with Artificial Intelligence becomes the cultural equivalent of roadkill.

The average person uses 100,000 tons of fresh water, 750 tons of soil, 720 tons of metals, 5 billion energy units, and emits 300 tonnes of greenhouse gas. No wonder resources are becoming scarce and landscapes worldwide being ruined to obtain them.

There used to be is a natural rhythm to the universe. When we are in sync with this rhythm, life unfolds seamlessly till along came Quantum Physics and the Hadron Collider collecting around 300 gigabytes of data a second.

Only then can one get back on track by remembering the future in the light of the past.

Where are we with speed at the moment?

Nature is always in resonance with life and we humans, are incredibly resilient and tenacious, but at some point, we get so exhausted and stressed out that we have no choice but to eventually surrender.

When we depend solely upon electronic devices to manage our information time is a runaway train without any certainty of course of direction. If we try to force it and rush toward a destination or goal, we actually move faster than the speed of biological life.

You would go around the earth seven times in a second at the speed of light ( which is 186,282 mph in a vacuum).

The sun’s energy speed to earth is 147 million to 152 million km depending on where it hits.

Every year the world spins faster.

So what is the fastest thing on earth?

Here are a few other competitors.

Automation will be one of the most profound and disruptive forces in human history.

Tachyons are hypothetical particle which is believed to be faster than the speed of light. Recent studies and calculations have found that, unlike ordinary particles, tachyons gain speed while their energy decreases and vice-versa. The slowest speed achieved by tachyons is the speed of light.

Pilobolus fungus – which lives on horse-dump.

The spores of these fungi can reach from 0 to 20 mph in 2 millionth of a second. The acceleration it experiences is a staggering 1 million times the gravity.

Thus, it is the fastest living thing on planet earth.

If we calculate the speed over very short distances, and if we assume the living being to start from rest, nothing in the whole wide world can even come close to this fungi. 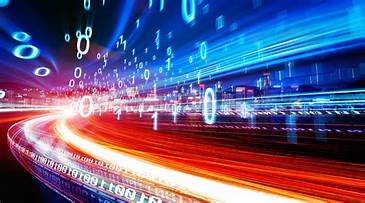 Yes, you can google what is the fastest thing on earth you will get a list with no mention that we are traveling at 66.660 mph around the sun while spinning at 1037 mph, depending on where you are standing,  while the whole solar system orbits the milky way’s galactic center at about 447,000 mph.

We don’t feel it because we are all hurling around at the same speed.

Now, the question stands what other things present in our surroundings are qualified as fastest.

It all begs the question do we really know where we are going?

Now get your head around this if you can.

Humanity’s chemical emissions are four times greater even than our carbon dioxide emissions.

Every day, every child on our planet is poisoned by man-made toxins. The whole of humanity and indeed, all life on Earth, is mired in a toxic swamp of 250 billion tonnes of annual chemical emissions from human activity.

It is essential that money, politics, and the human narrative are reinvented. Otherwise, technology will sabotage the very actions essential to our continuance leaving no time for human values or input.