This question has been asked before.

I am no scientist but as far as I am aware so far dark matter has never been observed directly—hence the name.

You can point at where it is, say how much is there, and even talk about what it’s doing, however, it is estimated that dark energy makes up approximately 68% of the universe.

As far as anyone can tell, it is incredibly non-interacting and according to mathematical models, it makes up three-quarters of all the matter in the universe.

If that is so, is it not logical to assume that gravity must have been present before the formation of matter as no matter whether it be dark or otherwise could form without some sort of paste to clump them together.

We know that dark matter is a repulsive force that does not interact with electromagnetic energy, that it does not absorb, reflect, or emit light, making it extremely hard to spot. However, it’s said to interact with light and visible matter only through gravity giving the universe its overall structure. 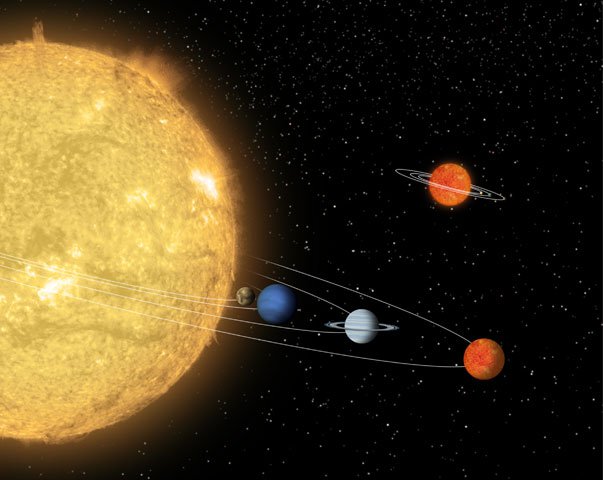 So we have two unobservable forces.

One is called gravity made of quantum particles, called gravitons which need an atmosphere and air to exist.  The other is a hypothetical form of matter not containing baryons—that is, without protons or neutrons.

Obviously, there is a very close relationship between the contributions of dark matter and those of ordinary matter, as predicted in Verlinde’s theory of emergent gravity and an alternative model called Modified Newtonian Dynamics.

But if matter gives rise to gravity, then the standard model is wrong.

(According to the standard model, gravity existed before matter did and if that’s the case, where did the gravity come from with no matter to initiate its presence?)

Perhaps we are wrong about how gravity works?

Both gravity and all matter are intertwined, interacting with each other with their forces diminishing the further away they are, eventually dissolving into dark matter that has no force till it meets gravity once more.

Because dark matter doesn’t interact with itself it is bound to our world only by gravity and tugs on other things that also possess gravity.

I believe that Gravity and Matter are the same things, so why do we give them different names?

All human beings are born on Earth, an environment perpetually under the influence of gravity.

A man wasn’t born with the biological ability to defy gravity.

Gravity is the weakest of the fundamental forces in Physics but has the greatest effect.

Take away gravity for an extended period, and that mechanical strain on the body goes away. As a result, the body forms fewer osteoblasts (bone-building cells), leading to a loss of bone mass and greater susceptibility to fractures.

Astronauts in orbit around the earth are not experiencing “no gravity”. They are experiencing almost all of earth’s gravity, but with nothing to stop them.

The body’s development is greatly affected by gravity’s constant downward pull. That means it’s under constant stress, and our muscles and bones develop specifically to withstand that stress.

The amount of effort your heart exerts takes gravitational force into consideration.

Gravity has a strong connection to sleep patterns and the quality of sleep a person gets.

Gravity is measured by the acceleration that it gives to freely falling objects.

The word “gravity” is used historically to mean any acceleration and not just gravity.

We know that starlight from far away galaxies are bent by gravity on their way to our telescopes. But the distribution of gravity is not unformed throughout the universe, as it is the weight of what is on the dark matter that dictates its strength.

Without a doubt, all of these effects are caused by gravity, but the question is: are we genuinely observing additional gravity, caused by invisible matter, or are the laws of gravity themselves the thing that we haven’t fully understood yet?

If we find there is no dark matter might gravity only exist?

So is gravity actually created by dark matter or is it the other way around?

Perhaps what we perceive as dark matter is really just the gravitation from matter in another nearby universe.

We know that it is not a form of matter and we have a gravitational equation that says that the force of gravity is proportional to the product of the two masses (m1 and m2), and inversely proportional to the square of the distance (r) between their centers of mass.  Mathematically speaking, F=Gm1m2 / r2

Nature defines zero-gravity as “a state of weightlessness.

We know that it is the Sun’s gravity that keeps the Earth in its orbit! and the Moon’s gravity is responsible for the ocean tides on Earth.

It’s the glue that keeps the Earth’s layers – the inner core, outer core, mantle, and crust — intact as it rotates on its axis and revolves around the Sun. 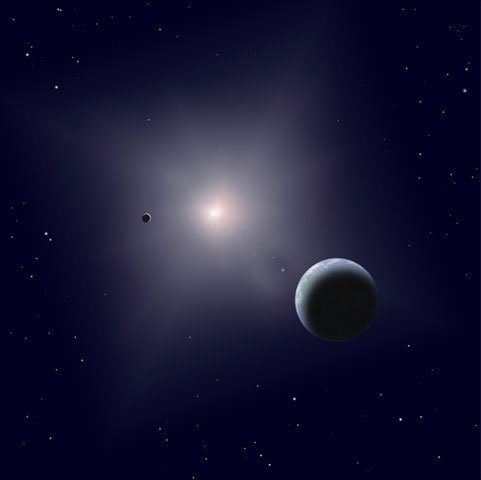 We know that gravity from a black hole bends light rays.

But black holes are really just the evolutionary endpoints of massive stars they don’t have any surface or atmosphere to create a gravitational pull so their center of gravity must be outside or another mass or at the exit of the hole that produces dark matter.

Black holes are among the oddest objects believed to populate the universe a million to a billion times the mass of the sun.

We know that it’s the force that is critical for life on Earth to continue.

We know that without an atmosphere, there is no gravity, and if it disappeared, so will the Moon and all of us.

But we don’t really know what it is other than it is a force whose effects extend from each object out into space in all directions, and for an infinite distance that never goes completely away.

No science says that gravity control is impossible.

Artificial gravity can be created using a centripetal force. Because an electromagnetic field contains energy, momentum, and so on, magnets will produce a gravitational field of their own.

Gases such as Co2 and methane *are* held close to the surface of the earth because of gravity.

Galaxies with a different shape and history can have a different amount of ‘apparent dark matter.