From the dawn of humanity and throughout history, infectious diseases have shaped human evolution, demography, migrations, and history they have killed well over half of all humans who have ever lived on earth.

Viruses are precursors of life as we know it, they infiltrate every aspect of our natural world. New viruses and strains were discovered in every decade of the second half of the 20th century. Today we don’t even know how many viruses human beings are subject to, even how many inhabit us at this very moment.

As to where viruses came from is not a simple question to answer. The origins of many human pathogens are ancient, extending back over time scales of thousands to millions of years.

It’s unclear how they first evolved but what is clear is viruses are tiny but their impact on life is huge. This is true not just for people, but for all life forms on earth.

It is estimated that there are 10 viruses for every bacterium on Earth.

Hence, there shouldn’t even be any question about their survival and their effect on evolution.

Therefore the term “survive” may not be the most appropriate term when it comes to a virus.

To us, disease-causing viruses and bacteria may be evildoers — invaders of our bodies — who, if they can be said to have any aim at all, it is to do us harm.

But by shifting our perspective to their scale it reveals that these pathogens are evolving populations of organisms like any other, whose habitat just happens to be the human body. Like other organisms, these germs are shaped by natural selection to live and successfully reproduce.

We view them as pathogens, however, because the resources they use to do this (and which they destroy in the process) are the cells of our own bodies.

Many of the traits that make us feel sick during an infection are actually pathogenic adaptations — characteristics favored by natural selection that help these germs reproduce and spread.

Without legs, wings, fins, or any of the usual means of locomotion, your descendents’ prospects for reaching a new host under their own power are nil.

However, natural selection has provided pathogens with a number of sneaky strategies for making the leap to a new host, including:

Some like it warm and damp and others need cold and dry to survive outside a host and any other combination you can think of applies.  They don’t breathe, eat, produce waste, or otherwise. In other, words they do not perform metabolism on their own.

They do need a temperature range to use. If not, they are destroyed but since most viruses are deactivated at temperatures between 165 and 212 degrees Fahrenheit -100 Celsius. Can they exist in space?  Absolutely. Yes and no. Space is no virus vacation.

Viruses are a huge source of selective pressure in the evolution of a species, such as a provirus, a virus that inserts its DNA directly into the chromosomes of the host cell. Rather than just having a separate strand of DNA or RNA floating around in the cell, the provirus adds itself to the host genome and gets replicated with the other genes.

This is the reason the human body reacts to infection by raising its own temperature.

They may be descendants of previously free-living organisms that adapted a parasitic replication strategy. Perhaps they existed before life started and led to the evolution of, cellular life. Whether they did or not is of little consequence as discoveries have continued in the 21st century as new viral diseases such as SARS and Nipah virus and Covid have emerged.

Using the 1918 Spanish flu pandemic as a model, experts suggested the COVID-19 outbreak will last between 18 and 24 months.

I say that they are totally wrong with 7 billion of us rising the chances of genetic mutations, virus mutations will only increase, exposing us to a different set of infections diseases.

It is becoming more and more apparent that the Covid virus has hijacked the flu virus or vice versa.

All-in-all a virus needs to keep infecting new hosts or it’ll simply run out of ways to reproduce as biological systems either die or figure out how to kill it.

However, if it kills the host too fast, it can’t effectively reach a new host. If the host figures out how to kill it too fast, same thing.

These days as are getting fatter, taller, and perhaps cooler we battle diseases with drugs, and vaccines.

However it stands to reason because we are not immune to the effects of natural selection and our Biology never standstill with the Earth’s temperature increases, we will have to cool down. (Biology is a science and there are many technologies within its scope. So, technology and biology are not opposed concepts.) One contains the other.

Our average temperature is about 98.6 degrees, above that, we have a fever, below we have hypothermia.

Our brains can only understand “information technologies”. But the concept of technology goes far beyond that into our evolution.

Innovative new technologies are already restoring and enhancing human sensory and motor functions like never before, but viruses are not will not be controlled by any technology.

Viruses are the smallest of all microbes. They are said to be so small that 500 million rhinoviruses (which cause the common cold) could fit onto the head of a pin.

Population concentrations and movement, both animal and human, have been steadily increasing in this century, enhancing transmission of respiratory and enteric viruses and compounding the difficulty of preventing environmental transmission.

This could open the door for the evolution of more virulent strains.

Maybe there are other explanations for diseases and our relationship to nature besides those dictated by the accepted theories of the medical-industrial complex that we have been forced to live under.

Perhaps we should recognize them as the fourth domain of life and not dismiss them, if only because they do in fact reproduce outside their own “bodies.”

The more common RNA viruses—like the coronavirus behind the current pandemic.

DNA outcompeted RNA as a type of informational code. But RNA survives as an essential part of terrestrial biology, as we’re seeing with the coronavirus SARS-CoV-

The emergence of the omicron variant is yet another reminder of the urgency to vaccinate to stop the further spread and evolution of SARS-CoV-2.

Infectious diseases continue to be a major cause of mortality globally, responsible for between a quarter to a third of all deaths and nearly half of all deaths in people under the age of 45, with most of these in principle avoidable.

We have to let go of the self-serving notion that we can control an inexorable natural process. To date, over 250 million infections have been confirmed globally with over 5 million deaths.

Approximately five percent of the oxygen we breathe is virally derived.

Think about that the next time you take a deep breath.

The current Covid pandemic is just one in the series of ongoing and never-ending deadly viral assaults. Viruses are key drivers of evolution, all the essential things they do in the world far outweigh the bad things.

Without viruses, life and the planet as we know it would cease to exist. And even if we wanted to, it’s probably impossible to annihilate Covid – a virus.

Finally, there is no proof that alcohol kills the virus but the odd glass of whisky might help.

We don’t challenge our bones.

Coronavirus (COVID-19), THE ODDS OF DYING FROM COVID, Vaccinations.

Life is full of decisions that we make based on risks versus benefits. 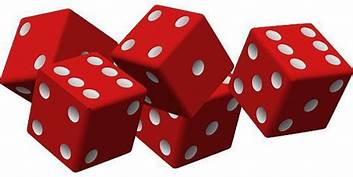 THE ODDS OF DYING FROM COVID ARE DIFFICULT TO ESTIMATE AS IT IS NO LONGER A SEASONAL ILLNESS AND IT DEPENDS ON WHICH STRAIN ONE GETS, WHAT AGE YOU ARE, SEX, ETHNIC GROUP, STANDARD OF CARE, AND WHAT THERE IS PRE-EXISTING MEDICAL CONDITION.

This means death rates will vary from place to place and at different times.

So far 90.4% of COVID deaths were in people with pre-existing medical conditions.

So what are the odds?

To put this into perspective, using death probability statistics from America…

This begs the questions:

That said, we don’t know what the future will hold with the new variant—that has started spreading across the globe and there isn’t any clear evidence that the booster or the current vaccinations are effective.

All human comments are appreciated. all like clicks and abuse chucked in the bin.