Algorithms., Capitalism and Greed, Capitalism vs. the Climate., Climate change, The Future of Mankind, Visions of the future.

THE MAIN QUESTION IS WHERE WILL THE CURVE OF EARTHS TEMPERATURE INFLATIONS TAKE US FROM HERE?

Right now the scientific consensus is that the population of the world will reach a peak some time later this century. The world population is projected to reach 10.4 billion people sometime in the 2080s and remain there until 2100, according to the United Nations Population Division. 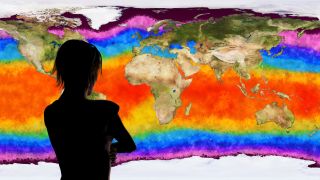 How many people can the earth support?  What is it carrying capacity?

When it comes to carrying capacity, it’s a matter of mode of production, mode of consumption, who has access to what and how.

Not all human activities have to be environmentally costly but the future of the world population is driven by a mixture of survival and reproduction. As a result more and more countries, once they reach a certain stage of socioeconomic cultural development, tend to converge towards about two children [per couple] or fewer.

In 1679, Antoni van Leeuwenhoek, a scientist and inventor of the microscope, predicted that Earth could support 13.4 billion people.

Everybody knows that environmental changes, such as pollution or disease, and climate change can increase or decrease a habitat’s carrying capacity but there is little consensus in how many Homo sapiens our planet can support.

But is the human population expected to continue growing at this rate?

Is there an upper limit to how many humans our planet can support?

Before the twentieth century no one ever lived through a doubling of the entire human population and the enormity of this and our predicament is now prevenient in climate change.

For instance, natural constraints include food scarcity and inhospitable environments.

If the Earth System gets into the region of chaotic behaviour, we will lose all hope of somehow fixing the problem. The result will be the inflationary economic paradigm itself will be the long term disaster.

Here is a broad sketch of what is in store and where we’re heading. if we don’t curtail climate change and our unchecked use of fossil fuels.

Where is Earth’s climate headed?

That depends significantly on exactly what our activity is over the next few decades.

For example, the human population can only grow so large and can only have so many carbon-emitting activities; and pollution will eventually degrade the environment. At some point in the future, carbon output will reach a maximum limit.

In the worst cases, the researchers found that Earth’s climate leads to chaos. True, mathematical chaos. In a chaotic system, there is no equilibrium and no repeatable patterns. A chaotic climate would have seasons that change wildly from decade to decade (or even year to year). Above a certain critical threshold temperature for Earth’s atmosphere, a feedback cycle can kick in where a chaotic result would become unavoidable. There are some signs that we may have already passed that tipping point, but it’s not too late to avert climate disaster.

We are now entering a new phase, one driven by human activity. As humans pump more carbon into the atmosphere, we are creating a new Anthropocene era, a period of human-influenced climate systems, something our planet has never experienced before.

We will see mass migration, with one war after another for resources.

Animals can keep giving birth, increasing their numbers, but they reach a limit when they consume all the food in their environment (or their predators get too hungry and consume them). Put another way, climate change impacts might not directly cause humans to go extinct, but it could lead to events that seriously endanger hundreds of millions, if not billions, of lives.

There’s no reason to exaggerate the climate threat. The truth is bad enough, and reason enough to take dramatic action because today, we live in a global, interconnected civilization, so there’s is every reason to believe our species will not survive its collapse.

Despite massive landscapes and endless blue, our planet is limited in its resources and capabilities to support its inhabitants. According to the Global Footprint Network, “Humanity uses the equivalent of 1.5 planets to provide the resources we use and absorb our waste.

It now takes the Earth one year and six months to regenerate what we use in a year.

So we are left to cope with limited resources or pursue unconventional methods, which can create a disproportionate impact on the poor, and the ones that can are finding that even the furthest and deepest corners of the Earth are being exploited, leaving fewer and fewer resources for future generations.

A sustainable future cannot be achieved without conserving biological diversity – animal and plant species, their habitats and their genes – not only for nature itself, but also for all  people who depend on.

Our moral obligation is to support both ourselves and our planet. it. 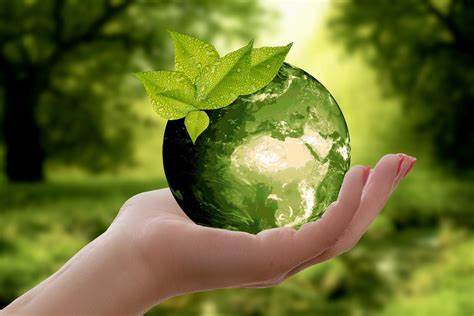 Our old solutions – which address only environmental conservation or short-term human gains – are no longer enough.

We need innovative approaches to guide our civilization toward a sustainable future and the only way this can be done  this requires a substantial behavioural modification of the most impactful species on Earth—humans.

I think it is becoming increasingly important for us to be conscious of our consumption. If we can see through products on the shelves, and understand that human labour, sacrifice and resources have gone into anything and everything we consume, we can begin to empathize with and work for the well-being of populations around the world.

Technology is distancing our relationship from global issues, often perceived as too large to concern our own respective lives.

How can we begin this personalization in the midst of a global crisis of endless dimensions and stakeholders?

We can begin by making profit seeking algorithms be transparent. By removing all media advertising that prompts consumption. By focused efforts and productivity within our own communities. By fostering the rights and access to medical care universally.

Finally. Government should enable individuals to see their own capabilities in organizing and protecting the environment, instead of simply reporting on the problems. Media coverage, literature, and written discussion in any capacity should lean towards a definitive—within scientific bounds—attribution of our existing catastrophes to our own actions. We must try to stray from merely stating that a given problem exists, and rather begin our discussions and postulations with the probable causes of that problem.

By getting communities, urban or rural, to visualize and feel the influence of their actions on water, soil, and air would be to enliven a group solely based on protecting and preserving life itself. We must work to re-associate with the resources of the environment that have long been exploited, and communicate across a global spectrum regarding how we have and will succeed in creating a sustainable future existence.