One can look or think of it in various ways, as it comes in many forms.

The fact is that inflation is a far more complex phenomenon than one might initially assume.

The Big Bang for instance was it caused by inflation?

Did it happen at the begging or the end of something inflating externally or internally.

If it was external it could only have happened on a quantum bases – which means that there was something there before the Big bang that existed other than eternal inflation.

Whether it did or not, during inflation space is repelling space, so there is more space and more repulsion. Pass events cause present events are ever changing is a quantum fluctuation.

The defining characteristic of inflation is its exponential rate of growth.

All inflation whether its space, money, planetary resource use, or the human population, doubles in every fixed interval of time.

It starts slowly, almost flat and then goes up and up till vertical, hitting a material limit.

This is not so in space where it can go on endlessly, according to Einstein theory of relativity.

Indeed it is faster then light, but with the help of gravity it is slowed down as it passes through different density of the universe.

However this is not true in the Quantum world of particles and antimatter which can burst out of nothing, coming back together and disappearing in a flash.

This will be the reason that the James Webb telescope will not discover God.

Unfortunate due to inflation it is looking into the past with the future always over the horizon. Beyond that we have no way now or ever finding data.  Here we reach the limits of language and are faced with the choice of mathematics or myth.

There are zillions of particles popping out of the vacuum of space and disappearing.

Indeed they don’t even come into existence unless they are observed.

However the real question is how does energy turn into particles. What is the actual process of inflation doing. I dont think we know.

Where did it come from in the first place, converting its expansion into Entropy – disorder.

All ordinary matter is however, everything made of atoms including the protons and neutrons that make up an atom. So it stands to reason that inflation after the Big Bang was caused by atoms that were there before inflation existed, in a dormant state.

This then leaves us with no way to explain why individual quantum events happen – they have no cause, but they do happen is standard physics, creating an eternal inflation of creativity.

We can only rely on predictions because probability obeys deterministic laws.

In the end there is no deeper source of meaning for us than to experience our own lives as reflecting the nature and origin of our universe.

For those who demand the Ultimate truth there is no way to take even a single step beyond what other people have already thought.

At its most basic level, inflation is a general increase in prices across the economy and is well-known to all of us. This can lead to fears of possible hyperinflation, a devastating scenario in which inflation rises rapidly out of control or Stagflation (a time of economic stagnation combined with inflation) which also wreak havoc.

Although numerous theories exist, arguably the two most influential schools of thought on inflation are those of Keynesian and Monetarist economics.

Keynesian economists argue inflation results from economic pressures such as the increased cost of production and look to government intervention as a solution; monetarist economists believe inflation stems from the expansion of the money supply and that central banks should maintain stable growth for the money supply in line with GDP

The Keynesian school believes inflation results from economic pressures such as rising costs of production or increases in aggregate demand. Specifically, they distinguish between two broad types of inflation: cost-push inflation and demand-pull inflation.

The Monetarist view is perfectly encapsulated by Friedman’s remark that “inflation is always and everywhere a monetary phenomenon.” According to this view, the principal factor underlying inflation has little to do with things like labour, materials costs, or consumer demand. Instead, it is all about the supply of money.

According to the quantity theory of money, if the amount of money in an economy doubles, all else equal, price levels will also double.

This means that the consumer will pay twice as much for the same amount of goods and services. This increase in price levels will eventually result in a rising inflation level.

Then you have negative inflation when prices drop for various reasons.

What are the Causes of Inflation.

What causes inflation is significantly complex.

An increase in the supply of money is the root of inflation, though this can play out through different mechanisms in the economy. A country’s money supply can be increased by the monetary authorities by:

Now I am no quantum expert or scientist but to my mind the world economy is now dependent on electronic products, all subject to the Quantum theory.

Smart phones, laptops, computers, and algorithms all fuelling inflation of knowledge and falsehoods.  The world of computing is full of buzzwords: AI, supercomputers, machine learning, the cloud, quantum computing and more. 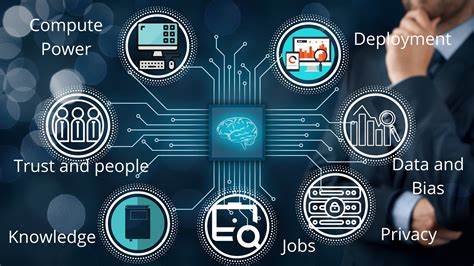 One word in particular is used throughout computing – algorithm.

Computers string algorithms together in complex fashions to produce more algorithms. So, an algorithm is the process a computer uses to transform input data into output data. Every piece of technology that you touch involves many algorithms.

They are black boxes—neither the company using them nor the people making them take responsibility for how they can wreck lives and reinforce stereotypes.

There is no knowledge of what they are even being judged on.

Algorithms are aimed at optimizing everything including inflation.

They, that is profit seeking algorithms have put too much control in the hands of corporations and governments, perpetuate bias, create filter bubbles, cut choices, creativity and serendipity, and could result in greater unemployment and are no doubt at this very moment manipulating inflation.

The question now is are we living in two realities because they coexist with all advances in technology. In fact, everything people see and do on the web is a product of algorithms.

The use of algorithms is spreading as massive amounts of data are being created, captured and analysed by businesses and governments. Some are calling this the Age of Algorithms and predicting that the future of algorithms is tied to machine learning and deep learning that will get better and better at an ever-faster pace.

They will create new ways to misrepresent reality and perpetuate falsehoods.

Can anything be done to stop them plundering the world for short term profit?

Yes but it has to done now.

The adoption of data-driven technology affects every aspect of our society and its use is creating opportunities as well as new ethical challenges that are coming with climate change.

In the world before AI there were many different concepts of fairness. Once we introduce complex algorithms to decision-making systems, that range of definitions multiplies rapidly.

Inequality and unfairness have complex causes but society may reasonably conclude that justice requires decision-making processes to be designed so that human judgement can intervene where needed to achieve fair and reasonable outcomes for each person, informed by individual evidence.

The risk is growing as algorithms, and the datasets that feed them, become increasingly complex.

All algorithms programs should be vetted for ownership, transparency, bias, before being allowed to operate in a sustainable way.

We are made of material created and ejected into the Galaxy by stars.