Now it seems, there’s a growing consensus that the next 18 months will be critical in dealing with the global heating crisis, among other environmental challenges. 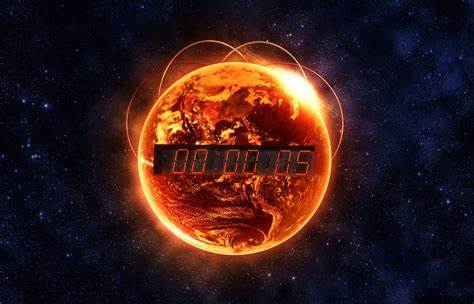 Right now, we are losing the fight against climate change AND THERE IS A GOOD CHANCE SOCIETY COULD COLLAPSE AS SOON AS 2050 IF SERIOUS MITIGATION ACTIONS ARENT TAKEN IN THE NEXT DECADE.

Right now we will have to alter our trajectory very quickly if we wish to have a good chance of limiting the global average temperature rise to less than 1.5C above pre-industrial levels.

Right now there’s nothing like enough understanding of, or commitment to REDUCING CARBON EMMISSIONS.

Right now the risks the world runs if this limit is ignored is life will survive, but not life as we know it.

Right now emissions reductions by efficiency improvement — vital though that is, are and will be inadequate.

We need to shift the world on to a different investment and green growth path right now.

The natural tendencies are either to do nothing, while insisting there is no problem, or to agree there is a problem, while merely pretending to act.

It is not clear which form of obfuscation is worse.

Without question, 2020 is a hard deadline for that leadership to finally manifest itself.

But if there’s ongoing political turmoil around climate change then the government may not have the bandwidth to unpick the multiple global challenges that climate change presents.

The sense that the end of next year is the last chance saloon for climate change is becoming clearer all the time. Decisions taken on climate change in the next year or so will be critical, up to one million species could be lost in coming decades.

Political steps to enable the cuts in carbon to take place will have to happen before the end of next year.

The profound urgency for ambitious climate action is still patchy even though we are now witness to a collective convergence of public mobilisation, worsening climatic impacts and dire scientific warnings that compel decisive climate leadership.

If we don’t see that don’t hold your breath!

Consider what the future could be, picking up the mantle against climate change may not seem so bad after all.

Its up to us to start using our buy power to force change. ( See previous post)

All human suggestions and comments appreciated. All like clicks and abuse chucked in the bin.