England's future., Where next in England?

Johnson has resigned as party leader, but he is still prime minister until his successor is elected.

In reality, there is no set minimum or maximum term for a Prime Minister The PM is not directly appointed by the population, only his political party is elected.

The Conservative Party has the majority in the house of Commons and therefore without a general election, the next Prime Minister to take over will be appointed with a secret vote.

The PM is not directly appointed by the population, only his political party is elected. It is up to the party members to select their leader.

Under Britain’s political rules, the next election must be called by December 2024.

Officially, it’s ‘at Her Majesty’s pleasure’. 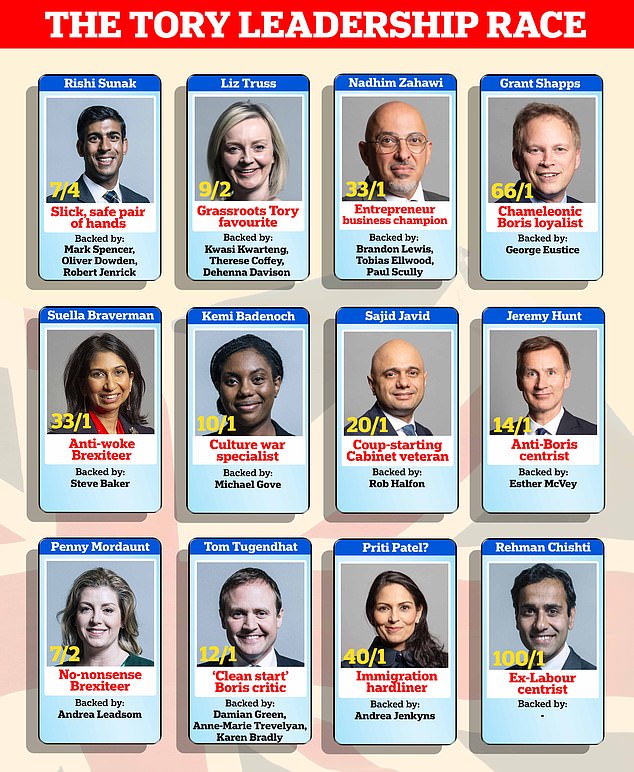 So what is next?

A spectre is haunting Britain and Brexit – the spectre of English nationalism.

England is the only part of the union whose people have not been consulted or offered a referendum on how they wish to be governed in the past 20 years.

At its heart, leveling up is about tackling the long-standing inequalities across the UK but has, so far, failed to provide the answers to England’s democratic deficit.

The question of England, its national political and policy identity, and its future governance, simply has not been on the Conservative radar.

If I could see tomorrow today in the context of the changing nature of UK governance, . . . I would slow down and notice . . . what was taken for granted is now breaking apart with England remaining an anomaly.

While the centers of power in the rest of the UK have shifted away from Westminster over the last two decades, for England these changes have been limited. The battle for the first phase of Brexit may soon be over, the political battle for England has barely begun.

England is the ‘gaping hole in the devolution settlement’, and now constitutes ‘the only nation subject to permanent direct rule from Westminster.

English values and interests are the only ones to have had effective reality in UK politics.

This failure of political imagination about England is one characteristic of the wider British power elite, whether aligned ideologically to the political left, right or center.

On the Right, none of the eleven Conservative Party leadership candidates has made a single speech setting out a vision for the future of England, let alone an English nationalist perspective on England’s governance and political economy.

The current candidates for PM are all so far exhibited short-term thinking – Tax cuts, etc while the potential constitutional consequences of Brexit are becoming more evident day by day. Brexit marks not the end but the beginning of a new politics in which the right is transmuting into the party of English nationalists.

Because English Conservatives would support Scottish independence and 75 percent of the collapse of the Northern Ireland peace process as the price of Brexit.

Far from stoking the alleged strident English nationalism of their party membership, the proposals of the myriad contenders for the Conservative Party’s leadership have simply served to illustrate the degree to which the Conservative Party has remained stranded on the common ground of strident Thatcherite British nationalism and its ambition to bring about a transformational.

Thatcher’s policies ripped apart any possibility for economic stability for the poor and made or caused the divide between rich and poor to grow ever wider. These days, the “s” word, “socialism,” is thrown around like it is a deadly germ.

On the political Left, not one member of the opposition parties has ever attempted to make the case for self-government for England.

The Labour Party, in particular, has gone to great lengths to linguistically cleanse its manifestos and policy documents of anything which might give England a political, institutional, policy, or democratic identity separate or separable from that of Britain, Britishness, or the British state.

Back to the question.

Something must be done to address the lack of democracy across England.

Too often any transfer of decision making-powers has come as an afterthought – and where reforms have taken place these have been driven from the center and done little to genuinely empower local government or the communities in which people live.

It is not for the center at Westminster to decide how local communities should see themselves and how they should be governed but to set out how those communities can choose their own governance, and how citizens can themselves reinvigorate local democracy.

With so many local councilors feeling powerless to serve their constituents’ needs, we must find a better balance between those two levels of government that truly serves the interests of communities across England.

The very nature and existence of local government should not be based on Westminster’s changing whims but should have some form of constitutional protection.

This requires a written constitution removing the Royal family into the realms of a tourist attraction.

One of the most basic ways to shift the devolution paradigm is by creating a genuinely empowered local government.

You need to root your local government organization in a place that your community identifies with, rather than some arbitrary travel to the work area.

Far from being merely the ‘delivery arm of central government’, local government plays a significant role in people’s daily lives and is one of the first places in which people can become involved in making decisions about their communities.

Communities need to accept the building block of local government fundamentally to be reconnected to the people.

Citizen involvement should be an essential value underpinning devolution in England – solutions cannot be imposed top-down, but rather should be built up from the local level, and enjoy people’s support and legitimacy.

It is quite obvious that you can not level up from top-down.

It is too soon to say exactly where England will end up.

Here are a few suggestions.

Education should be free.

Tax reform is one of the main levers the government can pull to increase the UK’s economic growth prospects however overhauling the tax system is not a straightforward task.

The real challenge is to make the tax system as it actually exists and come up with practical ways to improve it.

That is not to say that a lower overall tax burden would not have economic benefits of its own.

Last get rid of Carehomes and build on national trust lands retirement villages.

Get rid of benefits and replace them with Universal basic income.

The benefit type of income is not a handout, but an entitlement. which have been appropriated by privileged elites and corporations to generate private wealth.

Unconditional payments are an acknowledgment that everyone has the right to share in a wealthy economy.