We are born, walk, sleep, live and die under the Earth’s atmosphere, but most of us have no idea as to what it is.

The atmosphere upon which life depends was created by life itself.

Without it, we would be living on a lifeless husk. 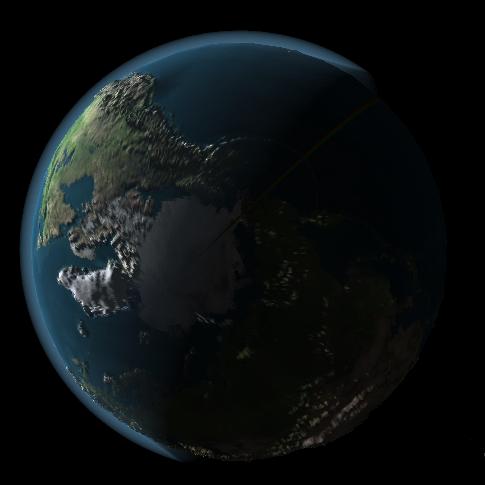 The atmosphere is everything above the Earth’s surface, reaching straight upwards roughly 10,000 km (6,214 miles) into space.

Everything beyond this distance is considered to be outer space.

The bulk of the atmosphere is placed close to Earth’s surface up to a distance of roughly eight to 15 kilometers.

It has five different layers,

There is no definite boundary between the atmosphere and space.

The troposphere is the layer closest to Earth’s surface, which is around 7 to 20 km thick and comprises half of Earth’s atmosphere. 90% of the Ozone layer is here the protective shield against radiation. This is the layer that returning capsules glow as the capsules are heated in a superheated shroud of incandescent plasma.

The stratosphere is the second layer within the layers of the atmosphere. It starts surpassing the troposphere and ends about 31 miles over the ground.

The mesosphere begins at 31 miles and extends to about 53 miles high.

The thermosphere is known to be the second-highest layer of the atmosphere which extends from 56 miles to between 310 and 620 miles.

Earth’s atmosphere consists of about 78% nitrogen, 21% oxygen, 0.03% carbon dioxide, and 0.9% argon with tiny percentages of other elements. Our atmosphere is also comprised of water vapor. Besides, Earth’s atmosphere comprises the remnants of dust particles, pollen, plant grains, and other solid particles.

Fortunately for us, Earth’s gravity is strong enough to hold onto its atmosphere.

Because we are increasing the amount of CO2 in the atmosphere by continuing to burn fossil fuels, even in relatively small amounts compared to the entire mass of the atmosphere, we are disturbing the entire heat balance of the planet.

We add carbon dioxide, methane, nitrous oxide, ozone along with the filtered air which comprises trace amounts of many other chemical compounds.

ITS NO WONDER THAT predicting the consequences of global warming is one of the most difficult tasks for the world’s climate researchers.

It is also difficult to predict the size of the emissions of greenhouse gases in the coming decades as this can be influenced by political decisions and technological advancements.

It is not difficult to predict the results of a temperature increase. ( See the previous post)

That Are Happening Right Now.

Sadly, most people don’t even realize what is happening, and that is because

the mainstream media only emphasizes stories that fit with the particular

narratives that they are currently pushing.

The demands of life can often cause us to focus on things that don’t really matter.  Hopefully, we can get more people to wake up while there is still time because the clock is ticking for humanity and for our planet as a whole.

1 thought on “THE BEADY EYE SAYS. TOMORROW IS NO LONGER A PROMISE.”