1.5 apparently has not yet been reached and to many experts, the 1.5°C target appears to be out of reach.

Words, Pledges, Agreements, Strong Statements, and inductive thinking, will do nothing to stop Climate Change. 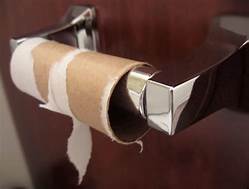 So as the planet perhaps inevitably closes in on and goes beyond that 1.5°C target, it’s reasonable to wonder how a world with “just” that degree of warming would compare with a world where global temperatures rise by 2°C or more above preindustrial levels.

(Keep in mind that there’s no science suggesting that the warming of the planet’s atmosphere will magically stop at that 2°C limits; indeed, just the opposite).

Every bit of warming matters.

About 14% of the world’s population would be exposed to extreme heat waves once every five years if global temperature increases are held to 1.5°C; that percentage jumps to 37% with a rise of 2°C.

Compared with a rise of 2°C, limiting warming to 1.5°C could reduce the number of people worldwide exposed to climate-related risks and resulting poverty by hundreds of millions fewer people.

The notion that humans could override nature is absurd.

The money is only about one-third of the amount the IEA says is needed to put the world on track to achieve net-zero emissions by 2050.

It has been being clear that since 1978, global warming has become even more apparent.

Almost everything these days are presented to us in a way that’s supposed to get us to consume something.

Every result that shows up in Cop26 has been caused by certain actions that were taken in the past.  That means that we’re constantly living in the residue caused by our thoughts and actions in the past.

After 25 Cop summits have achieved zero as we have not yet discovered the laws that control any given circumstance to stop climate change.

The bottom line is that if you don’t like the effect of the actions that you’ve taken in the past, then alter your actions to create a better future.

Poverty and prosperity are opposite poles of the same thing. 1.5 and 2.4 are not.