Here is a country with growing numbers of food banks, people sleeping on its streets, trying to negotiating its way out of a market with over 500 million people while renewing its worthless Trident missiles at a cost of anything between 30 and 200 billion.

A country that voted by a small majority to take what it calls sovereignty back from Brussels while giving the green light to letting China Huawei 5G network get involved in domestic infrastructure.

It also beggars belief that on the very same day Donald Trump is threatening to veto a United Nations resolution against the use of rape as a weapon of war, Theresa May is pressing ahead with her plans to honour him with a state visit to the UK.

Mr Donal Dump to visits ( His first visit costs £18 million) this visit will cost the Conservative party a political price with social liberals, ethnic minorities, the young and Remain, voters.

It’s difficult, to put it mildly, to see what the overall benefit of a state visit by Trump is from a British perspective never mind Chinese surveillance.

Readers will have noticed that there is never, these days, the money to properly fund schools and hospitals, and provide the elderly with the care and dignity they deserve.

But, always, billions are available to the military.

HMS Queen Elizabeth and HMS Prince of Wales. The two ships have cost more than £14bn to build and equip, double the original budget.

Both might well be floating piece of sovereign territory, but  “gunboat diplomacy” on steroids is not what the world wants.

Then we had the debate in the House of Commons marking the 50th anniversary of the UK’s continuous at-sea nuclear deterrent, Trident. 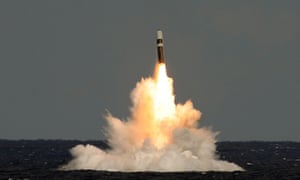 To use the fabrication of a threat from North Korea as a justification for the renewal of Trident is beyond defence.

It’s no wonder that a General Election is needed not just to give the people a voice on whether to remain in the EU or not but to drag an out of a dated system of governance into the twenty-first century.

Members should be elected to represent their constituencies, their country and not a queen or king who ascends by heredity birthrights.

According to “The Parliamentary Oath” even if the entire country were to vote in a general election for a party whose manifesto pledge was to remove the monarchy, it would be impossible by reason of the present oath, and current acts of parliament, for such elected MPs to take their seats in the House of Commons.

The oath of allegiance has its origins in Magna Carta, signed on 15 June 1215.

If an MP refuses to take the oath or the affirmation to the Queen they will be unable to take part in parliamentary proceedings and will not be paid any salary and allowances until they’ve done so.

By swearing allegiance to the unelected monarch, her heirs and successors. It is an insult to democratic values, to all voters who participate in any General or other election.

It has to change.

It’s one of the great ironies of a political system that is in dire need of a written constitution.

The Queen is responsible for appointing the Prime Minister after a general election or a resignation, in a General Election.

The Queen has the power to prorogue (suspend) and to summon (call back) Parliament – prorogation typically happens at the end of a parliamentary session, and the summoning occurs shortly after when The Queen attends the State Opening of Parliament.

It is The Queen’s right and responsibility to grant assent to bills from Parliament, signing them into law.

The Queen is commander-in-chief of the Armed Forces and all members swear an oath of allegiance to The Queen when they join; they are Her Majesty’s Armed Forces.

I believe in an elected head of state.

There is no point in pledging loyalty to God or the Queen when elected by the people.

head of state, the English parliamentary system will remain

Requiring politicians to pledge loyalty to the monarch confers greater power to a symbolic ritual than to the democratic right of MPs to act in the name of the electorate.

As long as parliamentary participation is contingent on pledging allegiance to an unelected royal, the English parliamentary system will remain staunchly undemocratic.

So let me ask this.

When verifying the credentials of the newly elected Members of the
European Parliament, MEPs take no oath when they are elected, but Judges and Commissioners do.

With the Brexit negotiations now extended into the European elections, it throws up potentially uncomfortable scenarios for the New English Commissioner taking the oath of allegiance to the Commission which would require him – like all Commissioners – “to neither seek or take” influence from governments, not hereditary monarchs.