It is plain to see that English society has changed.

It is also a clear fact that Britain has survived very well until now with an unwritten constitution.

Because the public does understand the conventions which govern political procedure in England.

Because once England leaves the EU the state will become all-powerful. Parliament is supreme and can make or break laws. No parliament can bind its successors or be bound by its predecessors.

If UKIP wants to reinvent itself here is its opportunity.

Under the status quo, there is no superordinate legal document to which an individual or the government can point when they dispute whether or not a law is legitimate.  Thus, while popular opinion can prevent the government from brazen violations of citizens’ rights, more nuanced infringements persist with impunity. 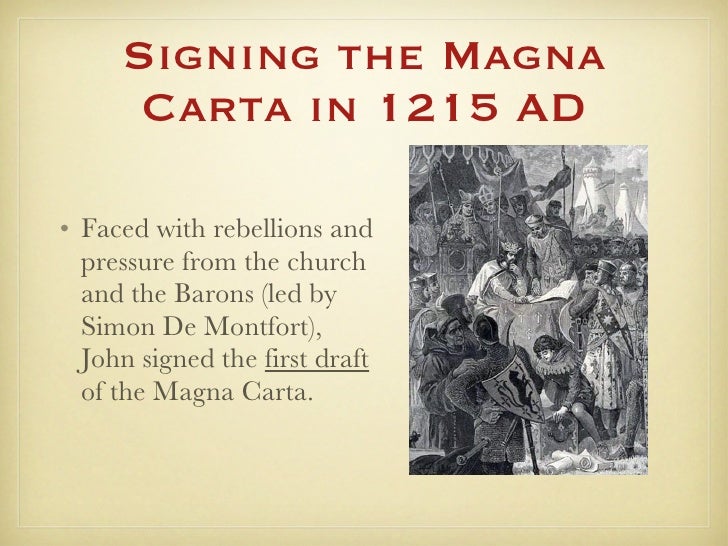 The documents that currently make up the written component of the UK’s informal constitution provide an accessible starting point.

Such ancient texts and treaties as the Magna Carta would provide for a smooth transition from commonly-accepted legal principles to the formal entrenchment of those principles in the clauses of a  new written constitution.

While under the status quo all laws passed by parliament are considered of equal significance, there is an informal recognition by some jurists that certain laws, such as the Human Rights Act, enjoy a favored position within a hierarchy of laws.

A written constitution would simply help to formalize this de facto hierarchy.

A constitution would subject controversial laws to judicial review, yielding a more precise ruling on their constitutionality.  Regardless of which way the judiciary rules, it must be backed up by reasoned argument and interpretation of specific legal principles explicitly outlined in the constitution.  It is crucial to have an independent metric by which we evaluate when the government reaches the limits of what it may justly legislate.

A formal constitution provides the separation of powers necessary to keep each part of the government in check.

Clearly delineated oversight powers in an independent judiciary would halt Parliament’s attempts to overstep its mandate, and provide a mechanism to redress flagrant violations of ethics by MPs. Such a check on the power of the Parliament would be a welcome change from the status quo of a government who may act with little accountability short of an election.

Similarly, explicit and independent powers for the House of Lords and the House of Commons would codify a role to hold each other accountable.

This would be similar to the way that the United States constitution works with its famous separation of powers and checks and balances with the exception that the executive would still be within the legislature rather than completely separate.

England will have to review or replace hundreds of EU laws.

None more important than the existing EU Human Rights Act which at the moment in England only provide weak protection, because judges are able to rule that new laws are “non-compliant” with the Act – the government can ignore such rulings if it wishes. It can easily be (and has been) amended by a simple majority in both Houses of Parliament.

A written constitution with a proper Bill of Rights would provide much stronger protection for the rights of the citizen.

Entrenching the respective rights of individuals and the government adds clarity to issues where the boundaries of the law are vague.  Not every time that civil rights are eroded is it the result of the government overstepping what were previously thought to be the clear boundaries of the state’s power; sometimes there is a legitimate grey area regarding the meeting of two rights.

The argument against a written constitution is that written constitutions are ruled upon by judges. In Britain judges are unelected and it is therefore undemocratic to take power away from our elected representatives and give it to judges who tend to be quite reactionary.

It is a fact that the UK is a unitary state with Parliament sitting at Westminster being the only body competent to legislate for the UK and all laws in the UK including laws relating to the constitution may be enacted, repealed or amended by the Queen in Parliament.

There is no specific procedure for changing the law, that is, very important law can be changed by simple majority. This simply means that the decision-making process is not muted in any way by past legislation.

A constitution will vary with society but one of the most important arguments to consider is the fact that enshrining constitutional laws and customs in one document would provide clarity for those working within the system and for those who wished to scrutinise it.

Why should I fix that which is not broken”?

England will have no ties legal or otherwise with Europe and therefore will not need a similar legal foundation to the EU.

In order to engage in intra-EU economic, social, and political relations, England will have to create a common conception of the foundation of EU  laws.

One way or the other it is important to enshrine clarity in its legal code.

The European Union will be agreeing the terms of separation under European Laws. For England to agreed these terms under an unwritten constitution seems impossible to me.

All comments welcome all like clicks chucked in the bin.

every constitution will vary with society.