The issues here are so complex there is a danger that voters may go with their gut instincts and unwittingly take Britain out the EU.

Membership of the EU cannot be weighed solely in pounds and pence. But any decision about membership will inevitably be shaped by the economic costs and benefits. Unfortunately, the British debate has lacked objective analysis of these, with both ‘outs’ and ‘ins’ using evidence selectively to make their case.

Here are some what I consider disputable pros and cons from an outsider.

A Certainty:  In a referendum, the question is simple : Britain will have to choose between national sovereignty and unimpeded access to EU markets.

What exactly would be the consequences be for Britain if it voted to leave the EU.

It would necessarily mean that more than 50% of the population had bought into the vision of a right-wing and isolationist government. So it would do well to ask what kind of national identity would assert itself if it went it alone.

A Probability:  An exit will lead to collapse of the United Kingdom with Scotland separating. Northern Ireland & Ireland Reunited. Wales A Federal UK State.

A Certainty:  After 44 years of half-hearted membership it would be a bleak move in cultural terms – with huge cultural ramifications.

The trade-off that the UK must make is quite simple:

A Fact: It is between regulatory sovereignty – which would not transform Britain’s growth prospects – and unimpeded access to the EU’s single market. At present, around 30% of the UK’s gross domestic product is exported in the form of goods and services. Of that, around 45% goes to the EU. As a result, Britain exports roughly 14% of its GDP to the EU.

Britain could trade with the EU under WTO rules in order to regain regulatory sovereignty. But its exporters would face EU tariff s, and would have to comply with EU product standards if they wanted to sell their wares on the continent.

A Fact: Britain’s economy is far smaller than the EU’s – and would be less of a priority for the US or China.

The UK would be free to negotiate trade agreements with countries outside the EU. But it would not inherit the EU’s existing bilateral trade agreements that are already in existence: it would have to negotiate new ones. So, upon exit, it would have less access to markets outside the EU, not more. While membership of the EU is as much about broader, political questions as economics, the economic case for staying in the Union is strong.

It is hard to believe that Britain would find it easy to forge new deals.

To persuade a trading partner to start negotiating, it would need to be able to offer something attractive. The UK is already very open to imports and inward investment, so it would have little to offer in return for its demands that other countries reduce tariffs and other trade barriers.

A Fact: Britain benefits from the EU’s size in trade negotiations, which gives it something to bargain with.

And as Britain has one of the least regulated economies in the world, according to the OECD, any economic gains from repealing the EU’s rather limited social legislation would be small.

A Fact : Half of Britain’s FDI stock is owned by companies with headquarters in other EU countries. A sizeable chunk of the rest is from non-European companies who seek a base for their European operations in a lightly regulated economy.

A Probability:  There is the question of London’s huge financial services sector. Will it decides to stay put or decamp to Frankfurt, Dublin or Zürich.

The alternatives to EU membership are unsatisfactory: they either give Britain less control over regulation than it currently enjoys, or they offer more control but less market access. The EU’s single market has brought sizeable benefits to Britain that it could not have won without sharing some sovereignty in the European institutions.

A Fact : Eurosceptics are wrong to say that the EU offers little market access for a good deal of red tape, or that it constrains Britain’s trade with fast growing economies outside Europe. The EU has no tariff s and quotas on internal trade, while common rules have further reduced trade costs

If Britain walked away entirely—the most extreme scenario—it would quickly see some benefits.

A Fact : The country would no longer have to transfer funds to the EU to subsidise farm incomes or poorer regions. Treasury figures suggest it would be £8 billion ($13 billion) better off each year. Food could become cheaper. Under WTO rules, countries may slash import barriers unilaterally as long as they do not favour some countries over others. Britain could do this for agricultural produce. It would regain control over fishing rights around its coast.

Some irksome regulations could be ditched, too.

A Fact : First to go (if the Tories are in power when Britain leaves) would be the working-time directive. This limits how long people can be at work without a break or a holiday and caps the working week at 48 hours. The scrapping of the EU’s agency-worker directive, which gives temporary staff the same rights as regular employees, would be cheered by business, too. Britain would be free to set itself a less exacting target for green-power generation than it is bound to under the EU’s renewable-energy directive. That could mean cheaper power.

They will see that Norway’s access comes at a price: Norway has to accept EU laws and regulations without having a say in how they are made.

Even Switzerland, which has a set of bilateral agreements with the EU, has limited access to those areas of the single market whose rules it cannot stomach, such as financial services.

A Fact : If the UK were to retain some links with the EU in order to benefit from access to the single market, it would find it difficult to avoid payments to the EU budget.  In recent years, Norway has paid £524 million annually (£106 per capita) and Switzerland £420 million (£53 per capita). Since the UK net contribution amounts £117 per capita, if it withdrew to the EEA and paid into the EU budget on the same basis as Norway, it would reduce its contribution by 9 per cent.

A Certainty:   Immigration to and from the UK will require Visas. The free movement of people – one of the ‘four freedoms’ of goods, capital, services and labour – is a fundamental principle of the EU’s single market.

A Certainty: Its UN AND WORLD POWER STATUS WILL CHANGE.

A Probability: Sterling could be forces to join the US Dollar if it will have it.

A Certainty:    High Tech Industry will move. Should Britain leave, more research funding will have to be made available to make up the shortfall, to avoid damage to the country’s scientific base.

A Fact:  Say good-bye to the Royal Family as you know it, and the present voting system, say hallow to Proportional Representation and higher taxes. . 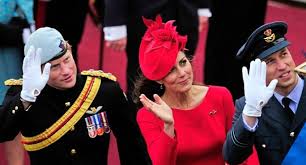 A Certainty:   If Britain seeks a looser relationship with the EU, but one which includes full access to the single market, it will have to pay for it. Both the Swiss and the Norwegians make contributions to the EU budget. If it joins the EEA, it will have to sign up to all new single market rules with little hand in their drafting.

A Fact :  Switzerland provides an alternative model. It is neither a member of the EU nor the EEA, but has negotiated agreements with Brussels that give it tariff-free access to the single market for its exports of goods. Exports of services, including financial services, are not covered.

A Fact : If Spain’s Podemos party continues to grow, then the contrast between northern and southern Europe will be even more striking. Britain would be well advised to put off calling a referendum till the dust from the Greek Crises is well settled – whether Britain should control its own destiny or be part of a family of European nations – rather than rely on a narrow cost-benefit analysis Britain needs to wake up to the real world.

A Result:  HashtagEuropeBritian wins for me.

1 thought on “Is Britain heading for an EU exit?”