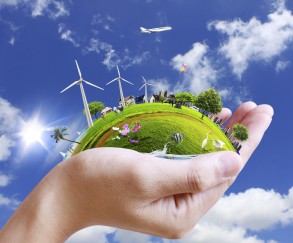 It is vital to all of us that we fully understand the complex relationship between the atmosphere and the earth.

The water you drink, the food you eat, the land you live on, and the air you pollute were all obtained at the expense of other creatures.

So what is your understanding of the term Conservation?

This social ethic primarily relates to local purchasing, moral purchasing, the sustained and efficient use of renewable resources, the moderation of destructive use of finite resources, and the prevention of harm to common resources such as air and water quality, the natural functions of a living earth, and cultural values in a built environment.

This is admiral Social Ethic, however it is my contention that most people these days have not got a bulls notion what is meant by Conservation.

They think it has something to do with recycling.

Ultimately, people want to help the planet survive naturally and with no negative impact from the human race.

Helping keep the planet safe and healthy is called “conservation.”

The historic environment is constantly changing, but each significant part of it represents a ﬁnite resource.

The question is, – is the historic environment a social and economic asset and a cultural resource for learning and enjoyment?

If it is not sustained, not only are its heritage values eroded or lost, but so is its potential to give distinctiveness, meaning and quality to the places in which people live, and provide people with a sense of continuity and a source of identity.

We need a clear, over-arching philosophical framework of what conservation means for the 21st century.

Does it mean giving up all the things that make life comfortable and being taxed for that pleasure.. No.

Environmental conservation is the broad term for anything that furthers the goal of making life more sustainable for the planet. It is the sustainable use and management of natural resources including wildlife, water, air, and earth deposits.

Conservation agreements are voluntary agreements and this is why (in my view  even with all the good work they do) they are banging their heads up against a brick wall.

Two months ago or so I posted two blogs under the headings : The Scrabble has begun. Is sustainability still possible and If we want it we must pay for it.

The current form of globalization has been criticized for ignoring sustainable development and environmental concerns.

For many years, critics, NGOs, activists and affected people s have been accusing large corporations for being major sources of environmental problems.

In some respects, many corporations are also victims of the ideologies that are prevalent in current mainstream economics that treat the environment in certain regards. Some corporations might wish to be more environmentally friendly but are unable to do so due to fears that their competitors will get away with it (sort of seen in the fiasco of the politics behind global warming issues). Corporations are major entities in the world and thus have an enormous impact (negative and positive) on all our lives.

Concerns of overly corporate-led globalization contributing to environmental problems are increasing, as reported and documented by countless environmental and social justice groups around the world.

The earth is getting warmer. the changes are small, so far, but they are expected to grow and speed up.

Then we have Preservation, in contrast to conservation, attempts to maintain in their present condition areas of the Earth that are so far untouched by humans. The distinction between the terms “preservation” and “conservation” is somewhat unclear, as the use of these terms (along with “restoration”) has varied over time, depending in part on the context of their use.

The two views (conservation and preservation) have been at the center of many historical environmental debates.

If you have a look at how many Conservation Organisation are in the world to-day you would wonder what is left to Conserve.

Everything from Polar Bears to you name it has a conservation Organisation.

Now I am not saying that they are all not needed but are they taking the decisions how we are going to share the world resources and determine which species will inhabit Earth for the indefinite future.

No they are not.

It is money and profit that is determining those values for present and future generations. Not Any Conservationist.

Global Warming-  Human kind has entered a brand new relationship with the earth. They the conservationist cannot get out-of-the-way of human “progress” and will be beaten to extinction unless we actively protect them with funds.

This is why we should place a World Aid Commission of 0.05% on all Foreign Exchange Transactions over $20,000, on all High Frequency Trading and on all Sovereign Wealth Funds Acquisitions. (See previous postings)

Along with the integration of social and environmental factors into business decisions might also help.

Greed has no boundaries, no limitations, no moral obligations, no self – esteem, no conscious, it is concave.

21,000 tonnes of CW agents float in Australian waters, and more than 6,600 tonnes off the coast of Japan.

Its time to get real. If we want it we must all pay for it.

If you have any opinions on the subject I would like to hear them.