We live in an age in which intersecting crises are being lifted to a global scale, with unseen levels of inequality, environmental degradation, and climate destabilization, as well as new surges in populism, conflict, economic uncertainty, and mounting public health threats.

All are crises that are slowly tipping the balance, questioning our business-as-usual economic model of the past decades, and requiring us to rethink our next steps.

In the next few months, we will once again witness a gathering of verbal diarrhea in Scotland all promising to go green.

There is no doubting in the last few decades that we humans have achieved advances away beyond what our ancestors would have believed possible. The irony is that to survive we have to become something very different from what we are.

Many optimists believe that technology can transform society and solve climate change.

To a great extent, this is probably true no more so than in the field of medician.

Take the discovery by Alexander Fleming in 1928 of Penicillin.

Before its discovery, we were dying thirty years early than we do today.

His discovery was down to an accidental piece of bacteria landing on one of his Petri dishes which took another ten years to develop into a drug to save lives.

Today with human intelligence and machine learning we can produce drugs in a matter of months.

The way forward to reducing CO2 emissions is not a by-pass lane it is by using the technologies that already exist.

It’s time to cut out the verbal and bull shit and make these technologies affordable to all.

Yes, the world today is in a dire state and a new kind of social and ecological environment needs to be created with green energy the price of which is toppling daily.

Comparing global problems involves lots of uncertainty and difficult judgment calls, but every problem is solvable if we devote resources to building a just world and not guns.

THE WORLD RUNS ON ELECTRICITY.

SUCH A MOVE WOULD CREATE MILLIONS OF JOBS AND COULD BE FUNDED BY PLACING A WORLD AID COMMISSION OF 0.05% ON ALL ACTIVITIES THAT HAVE PROFIT FOR-PROFIT SAKE AT THEIR HEART. ( See previous posts) 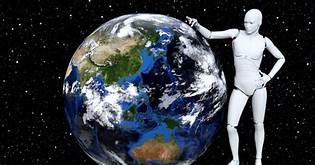 We are now presented with two very different futures.

The last generation that can stop devastating climate change. We have the knowledge and the tools – we just need politicians to lead the way.

For certain, either outcome will not be easy or cheap and it is happing faster than we wish to acknowledge.

The problem is the two outcomes are profoundly interlocked with lots of uncertainty.

HOWEVER, UNLIKE THE CURRENT PANDEMIC CLIMATE CHANGE WON’T JUST DISAPPEAR IT WILL REQUIRE A NEW MEANING OF LIFE.

To recognize that we are entering a new world with opportunities and perspectives is an enormous challenge not because of climate change but because of the current inequalities existing on the Planet.

The choice we are now confronted with is one we will have to make over and over again as we transition to a more resilient, zero-carbon, just, and healthier future.

The question is who is going to pay for the transition.

THERE IS LITTLE POINT IN REDUCING GLOBAL TEMPERATURES IF BY THE TIME IT HAS STABILIZED HALF OF THE WORLDS POPULATION HAS BEEN DESTABILIZED OR DISPLACED.

A lack of global emphasis on foreign aid, conflict, and political factors have kept poverty as a driving factor of Inequality.

To adjust to the coming new kind of social and ecological environment, how do we frame either of the above outcomes constructively.

We will have to relearn the world to do so.

We have to become more aware of the future of our planet and our future and the legacy of the human species to start a serious battle to make up for the damages.

At the moment it is difficult to know the changes in the ecosystems that surround us not to mention the social uncertainty to come.

The fundamental economic problem is related to the issue of scarcity.

Society is mostly dominated by people wishing to consume more goods and services that are available.

One in nine people in the world go hungry each day and suffer from nutritional deficiencies as a result.

Currently, 1 in 9 people lack access to clean water across the world.

The problem is not that we aren’t producing enough food, but rather that people lack access to food. Many people do not have enough money to purchase food and cannot grow their own.

To try to work out which global problems are most pressing and make progress on foundational questions about how best to address them is impossible unless we address the fundamental problem.

To recognize that scarcity will drive almost everything.

To recognize a sense of shared humanity.

To recognize that approximately 600 million children are not mastering basic mathematics and literacy while at school.

To recognize that is not just climate change that treating the world but artificial intelligence and the way we are using it. 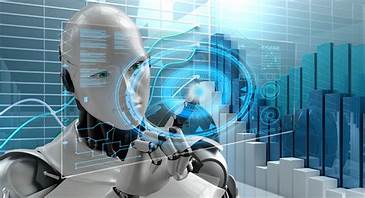 Using only the interaction of its embedded sensors, computer programming, and algorithms in the human environment and ecosystem — is becoming a reality that cannot be ignored anymore.

Because building autonomous weapons systems are one thing but using them in algorithmic warfare with other nations and against other humans is another.

They will in no uncertain terms alter the very fundamentals of security and the future of humanity and peace.

As global temperatures continue to rise, technology improves and the world economy grows, it gets easier to cause destruction on an ever-larger scale with the weaponizing of artificial intelligence both military-wise and as a social tool.

The Weaponization Of Artificial Intelligence

The development of autonomous weapons system (AWS) is progressing rapidly, and this increase in the weaponization of artificial intelligence seems to have become a highly destabilizing development. It brings complex security challenges for not only each nation’s decision-makers but also for the future of humanity.

There are always unforeseen consequences when new technology is introduced. Those unintended outcomes of artificial intelligence will likely challenge us all.

AI algorithms must be built to align with the overarching goals of humans.

As more and more data is collected about every single minute of every person’s day, our privacy gets compromised.

Look at what is happing in China with its social credit system, it could devolve into social oppression.

Unless you choose to live remotely and never plan to interact with the modern world, your life will be significantly impacted by artificial intelligence.

The transformative impact of artificial intelligence on our society will have far-reaching economic, legal, political, and regulatory implications that we need to be discussing and preparing for.

Sure, it can transform our lives for the better.

In fact, people have gotten used to depending on AI for almost everything and can’t imagine not having these technological advancements as part of their life. Because many processes and applications are getting automated, people are getting addicted to these kinds of inventions which can be an issue for future generations to come.

Societies will face further challenges in directing and investing in technologies that benefit humanity instead of destroying it or intruding on basic human rights of privacy and freedom of access to information.

The mistake we are making is to think that this situation is the only future.

That it is impossible to regulate AI because of the rate of AI change entails.

This is not true as it is possible to Audit all AI technology and algorithms to ensure that comply with human values and to make their programs totally transparent.

Why is the above urgent?

Because combined with climate change we are faced with and a transactional wealth of a new currency of unknowable value called personal data inequality will ravage the planet we all live in and on.

These are not some science fiction movie scenarios the current Pandemic is revealing a much more tragic and fragile world that requires more than trust.

These correspond with the most important issues of our time and are known as the United Nations Sustainable Development Goals (UN SDGs).

Here is a few of them.

This is not intended to be an exhaustive list. Rather, it serves as an overview of some of the major issues all global citizens should be aware of.

Because the biggest challenge facing the planet needs every solution possible including technology like artificial intelligence (AI).

But AI is not a silver bullet it can only unlock new insights, pinpointing those responsible for it.

The current environmental issues pose so many problems to industry and society that not enough action has been taken to stop turning Climate change into a product.

What can be done by any of us against the might of Capitalism that will have any effect?

There is only one weapon available to us all and that is our buying power.

If we use our collective buying power you will then see not just governments but global corporations change their tune from profit to sustainability.

We decide whether we want to look at the world in one way or another, always making tradeoffs.

All are under threat because all are happening at what scientists estimate to be about 1,000 times the normal pace and are yet to be quantified.